MIKITRYAN IS NOT READY YET, SAYS MOURINHO 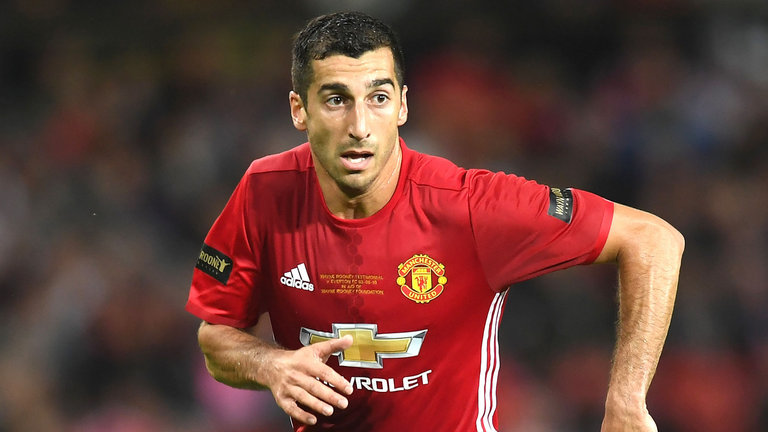 The Portuguese has confirmed his big-money summer signing is fit and training with the team but has hinted he is struggling to get used to the intensity of English football. Jose Mourinho has confirmed that Henrikh Mkhitaryan is not injured but still needs time to adjust to the Premier League following his summer move from Borussia Dortmund.  Mkhitaryan has made just four appearances for the Red Devils, his last coming in the 2-1 Premier League defeat to Manchester City in September when he was substituted at half-time.
The Armenian international was left out of the squad again for the midweek EFL Cup clash with City at Old Trafford and Mourinho admits he is not injured. “Mkhitaryan is not injured, he is training with the team 100%," he told reporters. “Some players have the profile of adapting easily but some other players need more time to feel the intensity. Some players need time to feel the competitiveness and the level of work without the ball. “Mkhi needs time to become the top player we know he can be."
Mourinho also compared Mkhitaryan's situation with that of other top stars who he feels took time to adjust when they moved to new clubs. “I don’t like to speak about players from other clubs but Willian when he arrived at Chelsea had problems, he went through a process," he added. “When Di Maria arrived in Madrid from Portugal he had to adapt his game to a new reality but he did it. “Of course we believe in Miki and sooner or later there will be no problem.”