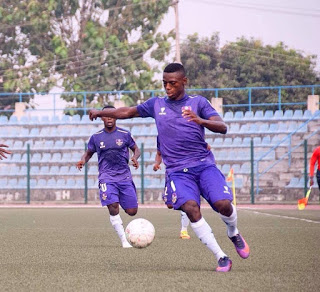 Pep Guardiola and Luis Enrique have similar decisions to make ahead of Wednesday's game, though only one can welcome back Lionel Messi. Pep Guardiola will keep us guessing over his tactical plans right up until his Manchester City side to face Barcelona is confirmed on Wednesday evening. Guardiola fielded a three-man defence against Everton at the weekend - perhaps due to the poor form and fitness of his full-backs - and has gambled on a similar approach at Camp Nou in the past.
With Pablo Zabaleta having noticeably struggled for pace against Celtic and Tottenham, it would be a risk to select him at right-back against Barcelona, although Guardiola abandoned his three-man experiment when his Bayern Munich side quickly became overwhelmed during the 2015 Champions League semi-final. Chances are that Zabaleta will come back into the side having been rested at the weekend, and given Bacary Sagna is City’s only major injury concern. Kevin De Bruyne will start in midfield having overcome his hamstring injury, although there is seemingly no resolution over how he will fit into the same side as Ilkay Gundogan and David Silva. The Belgian could play in a wider role, meaning only one available slot for Raheem Sterling, Nolito and Leroy Sane. Sergio Aguero did not start the Everton game but is fit and will return to the line-up. Barcelona also have the opportunity to mix things up. Lionel Messi will of course come back into the side following his return from injury at the weekend, but they could also field a back three if desired.
Luis Enrique also elected to go with a back three for the 4-0 victory against Deportivo La Coruna at the weekend, but could return to a four-man defence given full-backs Sergi Roberto and Jordi Alba are fit to start. The only remaining question mark surrounds who will line up in defence alongside Gerard Pique. Javier Mascherano is the tried and tested option, while Samuel Umtiti has impressed since joining the club but is just coming back from injury, and Jeremy Mathieu was rested during the international break. Andre Gomes, Arda Turan and Andres Iniesta are all vying for a starting role in midfield alongside Sergio Busquets and Ivan Rakitic.