MANCHESETER UNITED EDGED THROUGH TO THE KNOCKOUT STAGES AFTER BEATING ZORYA 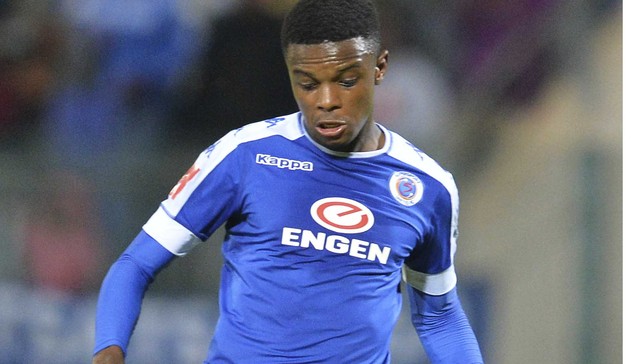 Manchester United reached the Europa League knockout stages by beating Zorya Luhansk as Henrikh Mkhitaryan struck a fine first goal for the club. The Red Devils dominated in the Ukrainian city of Odessa, but long-range efforts from Wayne Rooney and Paul Pogba were their best moments of the first half despite having 76% of possession.bBut Mkhitaryan, who has now started three games in a row, dribbled from halfway to apply a cool finish after the break. A key save from Sergio Romero maintained the lead before Zlatan Ibrahimovic raced clear to slot home as United progressed behind Fenerbahce, who won at Feyenoord. Jose Mourinho's side are now favourites for the competition with most bookmakers but in finishing second in Group A, they go into Monday's last-32 draw as an unseeded side.
Manchester United's possible opponents
Europa League group winners: Apoel Nicosia, Saint-Etienne, Zenit Saint Petersburg, Roma, Athletic Bilbao, Ajax, Shakhtar Donetsk, Schalke, Fiorentina, Sparta Prague, Osmanlispor
Seeded sides out of Champions League: FC Copenhagen, Lyon, Besiktas
Paul Pogba saw a lot of the ball as United had 71% possession on the night. United ground out a first win away from home in the Europa League this season on a pitch Mourinho described as "difficult" leading up to the fixture. Though their final ball was often slack - leading to some visible Mourinho frustration in the first half - they stuck to the task, none more so than Mkhitaryan, who showed balance and poise to create his goal. One goal and two assists in his run of three starts begs the question as to why Mourinho has not used the Armenian regularly since a £26m summer move from Borussia Dortmund. But United fans are starting to see the type of quality which saw him named Bundesliga players' player of the season ahead of his move to Old Trafford.
There were other positives for United, who rested keeper David De Gea and forward Anthony Martial with Sunday's Premier League trip to Tottenham in mind. Ibrahimovic's form is gathering momentum - his late finish was a sixth goal in seven matches - while the sight of central defender Eric Bailly completing a fixture for the first time since October will also please Mourinho. The Ivorian, who has recovered from a knee injury, looked composed, decisive and even shook off a nasty collision to continue late on.
An away trip to the rugged surroundings of Zorya Luhansk in Ukraine perhaps sums up the burden this competition can become. The Thursday-Sunday fixture cycle will continue for Mourinho, notably with a trip to Manchester City three days after the second leg of their last-32 fixture on 23 February. An English side has only finished in the top four of the Premier League on three occasions after starting the campaign in the Europa League. United are nine points off the Premier League's Champions League qualification places. So does Mourinho prioritise the league or a Europa League run and the Champions League berth that comes with the trophy? History shows it is difficult to achieve both.
Man of the match - Henrikh Mkhitaryan