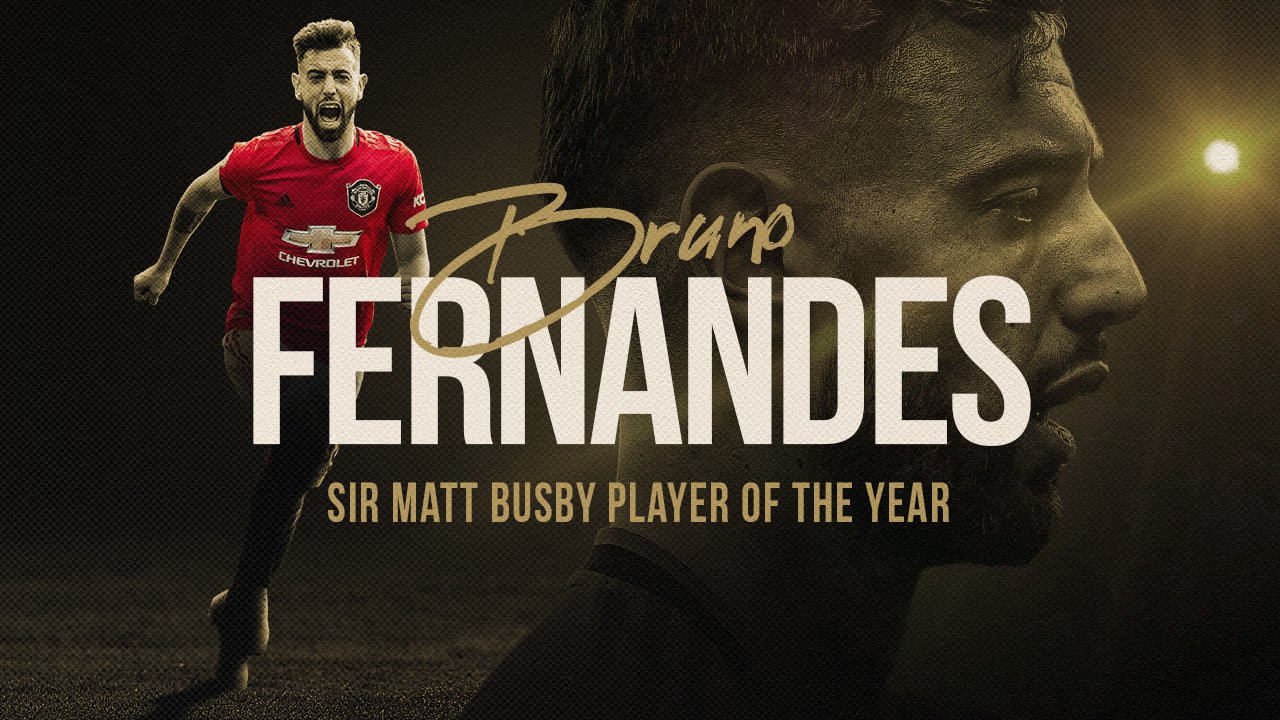 Manchester United has confirmed Bruno Fernandes as their best player in the 2019-20 season.  The Portuguese midfielder beat the likes of Anthony Martial, Marcus Rashford, and Mason Greenwood to the award despite joining the Red Devils in January.
Fernandes sets a new record as he became the first player to win Manchester United player of the year after just half a season in the red shirt.

Here is what he said after winning to award.
“Of course you want to win some trophies for the team, for the club and for the fans. But, obviously, I’m happy with the individual trophies," he said.
“I know you can say: ‘Oh, I don’t care’ and everything, but it’s always important for a player. You always feel good when you win these kinds of awards, and I am no different. I am really happy. I want to add this to so many trophies for the club and for the fans because I think they deserve [it].”