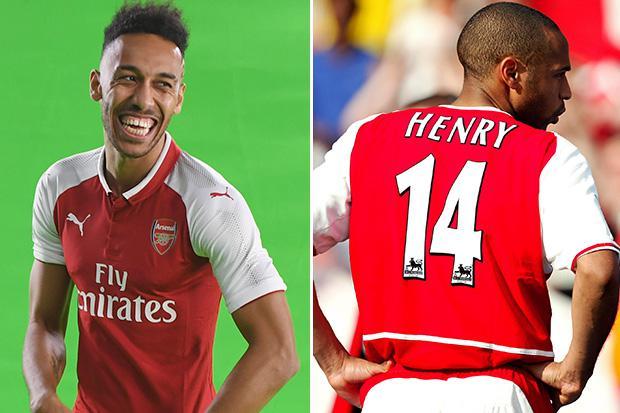 Manchester United legend, Gary Neville, has compared Arsenal captain, Pierre-Emerick Aubameyang, with the Gunners legend, Thierry Henry, after the Gabonese international scored a brace in his side’s Premier League 3-2 win over Everton on Sunday.
Two goals from Aubameyang and a strike from Eddie Nketiah gave Mikel Arteta’s men all three points against Everton at the Emirates Stadium.
Neville said Aubameyang’s first goal against the Toffees reminded him of Henry when the former France striker was playing for Arsenal.
“Aubameyang’s first goal against Everton is a classic Thierry Henry’s goal,” Neville told Sky Sports.
“Everything about the goal just reminds me of Henry. How Aubameyang went through on goal, the sprint and finish including how he placed the ball far wide was brilliant.
“That is how Henry finishes when he was playing for Arsenal but now it is Aubameyang. The Gabonese has a lot of paces and run.”
Arsenal’s next fixture is against Olympiacos in the Europa League on Thursday.