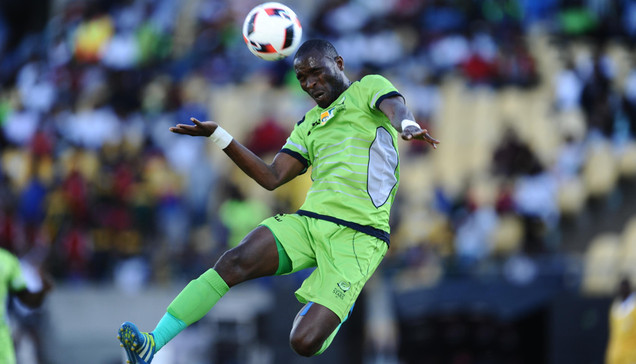 Manchester City midfielder Yaya Toure says players and fans may "suffer" as a result of a Fifa's decision to disband its anti-racism taskforce. Toure, 33, was part of the taskforce set up in 2013 to help tackle racism. Fifa secretary general Fatma Samba Diouf Samoura said it "had a specific mandate, which it has fully fulfilled". Toure, who was racially abused by CSKA Moscow fans in October 2013, said: "Are Fifa being complacent ahead of a World Cup in Russia?"
The former Ivory Coast international added: "It will be the fans and players that suffer if Fifa do not get this right. "When I received the letter telling me the Fifa taskforce was to be discontinued I was very disappointed. "The letter listed the good work that had been carried out as a result of the taskforce's advice and recommendations. "So my question is, after failing to deal with racism sufficiently for decades, why stop when something is beginning to work?"
Following the racist abuse he received during City's 2013 Champions League game in Moscow, Toure suggested that black players might boycott the 2018 World Cup in Russia. Samoura, from Senegal, became Fifa's first female secretary general when she was appointed in May.  Fifa, football's world governing body, has been criticised for its decision to scrap the taskforce. Former Fifa vice-president Prince Ali bin al-Hussein said the move was "extremely worrying", while ex-Wales striker Nathan Blake described it as "shameful".
Nick Lowles, chief executive of charity Hope not Hate, told the BBC the move sent out "a really bad signal". Anti-discrimination group Kick it Out said it was "perplexed", although later added it had been "reassured" after holding subsequent talks with Fifa. What are the taskforce's recommendations? The anti-racism taskforce was established by former Fifa president Sepp Blatter and headed by Jeffrey Webb until he was arrested in 2015 as part of an investigation into corruption. Its recommendations included introducing extra observers at games and tough penalties for clubs whose players, officials or fans are guilty of racism.
This month, European football's governing body Uefa ordered Russian club FC Rostov to close a section of their stadium for a Champions League game against PSV Eindhoven as punishment for racist behaviour among their fans. Uefa said fans in Rostov-on-Don, one of the host cities for the 2018 Fifa World Cup, were guilty of unspecified offences during Rostov's play-off victory against Dutch side Ajax on 24 August.