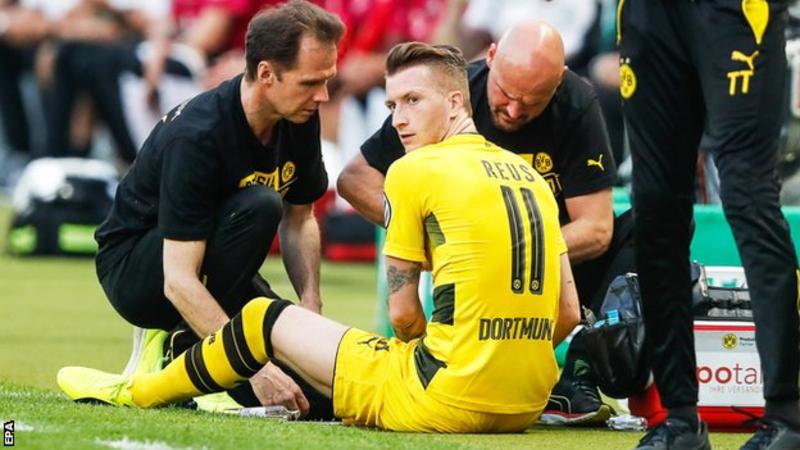 Manchester City could be heading into a mauling when they take on Borussia Dortmund at the Universiade Sports Center in Shenzhen on Thursday.
City’s pre-season plans were dealt a blow earlier this week when their clash with Manchester United was called off thanks to theshoddy state of the Bird’s Nest pitch in Beijing – much to Pep Guardiola’s annoyance.
“It wasn't the water, it wasn't the rain, it was just the state of the pitch,” he fumed. “We have played in really bad conditions in our careers, but that pitch two days ago was impossible to play on.
“If we had played on that pitch, the fans would have said 'what is that game?' because it was unacceptable.”
Guardiola’s mood is understandable, even if City privately insist that their official position is somewhat calmer. But the club had only scheduled four matches this summer as Guardiola looks to get his new players up to scratch, and that has now been reduced to three. Their last game came over a week ago, and was their first of the summer.
Dortmund, conversely, have already played five times and their last fixture came against United, who had also only played one match. The outcome was one-sided, with the Germans running rings around Jose Mourinho’s side in a 4-1 rout.
The planned Manchester derby would have provided both teams with the opportunity to face a rival on an even footing.
Both clubs still have work to do in the transfer window - in terms of incomings and outgoings - both have players only just coming back from international tournaments, both are adapting to new systems under new managers, and both will have similar fitness levels.
Dortmund, however, will provide much sterner opposition. Even with Marco Reus and Pierre-Emerick Aubameyang back in Germany, the latter to attend the birth of his second son, Thomas Tuchel’s men are a well-oiled machine.
Unlike City and United, they have been playing the way their manager intends for years, and they know their roles to a tee. New boys like Ousmane Dembele seem to be slotting in perfectly, as his wonder goal against the Red Devils showed. Their advanced fitness levels also mean they will be better equipped to cope with the hot conditions in Shenzhen.
City were always likely to taste defeat against Bayern Munich in their first match last Wednesday, with Guardiola’s former club being well versed in his methods, especially compared to his new charges.
But a youthful, makeshift side put up a good fight in the Allianz Arena and there were positives to take from it, most notably concerning young full-backs Pablo Maffeo and Angelino, new arrival Oleksandr Zinchenko, and a clear desire to dominate possession.
A one-sided contest against Dortmund, however, is unlikely to do City much good, especially as they build towards the type of dominant football that Guardiola will want to deploy when the season proper kicks off in just over a fortnight.
The Catalan has admitted that a hastily arranged friendly behind closed doors at the club’s City Football Academy training base would be a good idea before they face Arsenal in Sweden on August 7.
Three games, each over a week apart, is not ideal preparation for a club attempting to get to grips to life under one of football’s most demanding coaches, and one who has already admitted that he will need time to get things right.
With a two-legged Champions League qualifier set for August, after City kick off the campaign against Sunderland, the club could be left wanting when competitive action gets underway.
They are building a youthful, exciting project at the Etihad Stadium, with prospects such as Marlos Moreno, 19, Leroy Sane, 20, and Gabriel Jesus, 19, set to clinch transfers in the coming weeks.
There is also confidence that a deal for 21-year-old Everton defender John Stones will also finally be completed, and that he will be the cornerstone of the defence for years to come.
But while things are progressing on the transfer front, City’s preparations on the pitch have been held up.
Their plans for long-term domination of the English and European game already moved several strides forward with the arrival of Guardiola, and several of his top targets are either already on board or will soon commit their futures.