Man City and Arsenal with much to prove at Etihad 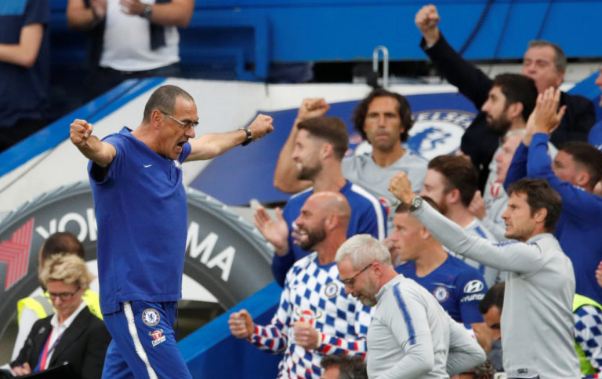 Manchester City's fragility and Arsenal's durability will be under the microscope at the Etihad Stadium on Sunday as both clubs try and keep in touch with Premier League leaders Chelsea.
A first win over Arsenal for three years would stabilise City's title challenge after a difficult period for Pep Guardiola's side who got back on track in midweek with a welcome clean sheet in a 2-0 home victory over Watford.
Arsenal looked like Chelsea's main rivals until a midweek defeat at Everton ended an unbeaten league run stretching back to the opening day of the season.
Those results left Arsenal and City in third and fourth place respectively after 16 games but by the time they kick off on Sunday could find themselves nine and 10 points adrift of Chelsea who visit Crystal Palace at lunch time on Saturday.
An 11th consecutive win for Chelsea in the weekend's opening fixture against a Palace side flirting with the relegation zone would raise the stakes considerably for the chasing pack.
Second-placed Liverpool face local rivals Everton on Monday while Tottenham Hotspur, who are fifth, host Burnley on Sunday. Sixth-placed Manchester United visit West Bromwich Albion on Saturday seeking a third straight victory.
City's triumph over Watford followed defeats by Chelsea and champions Leicester City that had manager Guardiola defending himself against accusations his tactics were confusing the players.

STICK TO BASICS
The Spaniard is unused to such attacks but there was a sense he told his players to stick to basics against Watford when he re-shaped his defence, dropping John Stones.
A first home league win since Sept. 17 was the perfect fillip before facing an Arsenal side that, until Tuesday's defeat, had been scoring for fun.
City will still be without suspended duo Sergio Aguero and Fernandinho -- a legacy of the late melee against Chelsea -- while German midfielder Ilkay Guendogan faces a long layoff after suffering a knee injury against Watford.
While Guardiola has been under the spotlight, Arsene Wenger has looked serene with his Arsenal side showing no sign of the kind of slumps that have undermined so many title challenges since they were last champions in 2004.
That was until defeat at Everton. A quick riposte would allow that result to be filed away as a 'blip' but a second consecutive defeat on the road would rob them of all momentum heading into the cluster of Christmas fixtures.
"We have to recover. We play five games away from home out of six and we have a fantastic away record. We want to keep that strength and prepare well for the next one," Wenger said.
Chelsea will hope to equal their 2009 11-match league winning streak under Carlo Ancelotti when they take on Palace.