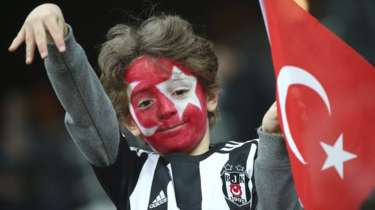 A poor showing in Saturday's clash between Zeljeznicar and Olimpic Sarajevo has led to the official being barred from the touchline for the rest of 2016
GOALEXTRA TIME
The Bosnian football authorities apparently have little tolerance for incompetence in their ranks - just ask poor Ljubo Milicevic!
The hapless linesman became the centre of attention as he made a series of mistakes in a Bosnian Premier League clash between Zeljeznicar and Olimpic Sarajevo.
And Milicevic has seen the book thrown at him, as he received a whopping 18-match suspension.
The official will, as a result, be out of work for the rest of 2016 - plenty of time to brush up on his skills if he wishes to avoid a repeat on his return!