Lampard pays tribute to Ancelotti after being sacked by Napoli 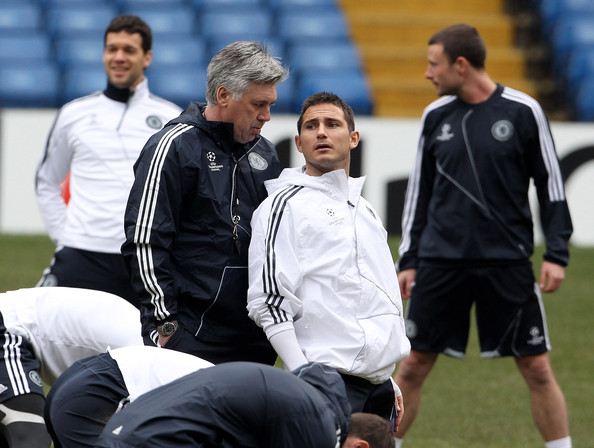 Chelsea manager, Frank Lampard has paid his tribute to Carlo Ancelotti after he was sacked by Napoli. The former Chelsea manager was sacked by Napoli after their 4-0 victory over Genk in the UEFA Champions League.
Lampard who played under Ancelotti at Chelsea, believes the Italian ‘can work anywhere in the world at the top level’.
Speaking after Chelsea defeated Lille 2-1 in the Champions League on Tuesday night, Lampard was quoted by Football London as telling reporters: “I have huge respect for him [Carlo Ancelotti], I am very sorry for him.
“I know it was a tough job for him lately. I saw his interview before the game and I thought it was a very typically classy interview in what seemed a very tough time for him. He always handles himself brilliantly.
“I think he can work anywhere in the world at the top level, of course.”