LAHM: YOU CAN ALWAYS COUNT ON UNBELIEVABLE SCHWEINSTEIGER 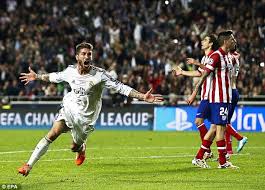 The 31-year-old brought an end to a 12 year career with the Germany national team and his former captain was full of praise for his exploits for his country
Philipp Lahm hailed Bastian Schweinsteiger as an "outstanding footballer and sensational guy" following the Germany captain's retirement from international football.
Schweinsteiger called time on his Germany career on Friday after 12 years and 120 caps.
The Manchester United midfielder took over the armband from former Bayern Munich team-mate Lahm following Germany's 2014 World Cup triumph, but, after they failed to win the European Championship in France, Schweinsteiger opted to walk away.
However, Lahm believes Schweinsteiger can look back at this international career with plenty of pride.
It is his decision. I have great respect for him and his 120 caps, he is a world champion," Lahm told reporters. "We had a great time in the national team as well.
"The first thing that came to my mind was respect for his great and unbelievable career. Now I wish him all the best.
"I was always glad when he was on the pitch beside me. You could always count on him and this is so important - especially in really important games.
"You always had someone you could count on. We had great times and experienced a lot together. For me he is an outstanding footballer and a sensational guy. I wish him all the best."
Schweinsteiger's future at Old Trafford is shrouded in doubt just one season after joining United, with reports suggesting he is not in new manager Jose Mourinho's plans.
But Lahm believes the 31-year-old will make the right decision on his future.
"First of all I follow everything but I am an outsider in this topic as well," he added. "So I won't make any predictions about him.
"He is so experienced, he has seen so much. If anyone knows what to do now, it is Bastian."