Karamoko Dembele: Celtic give 13-year-old debut for U20s Development side 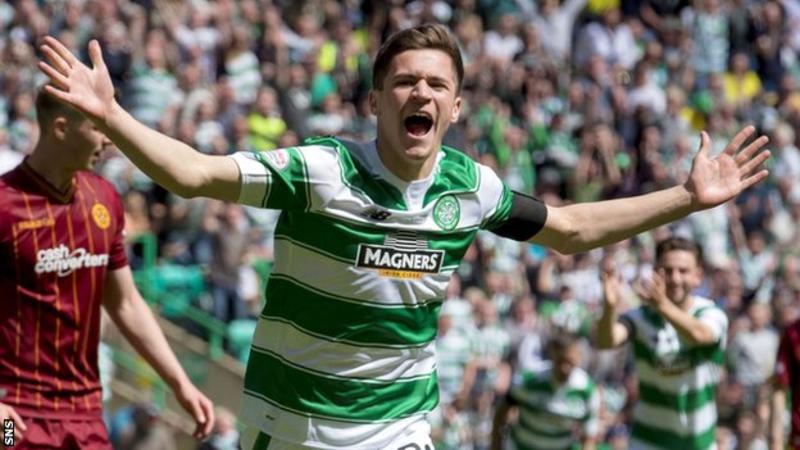 Celtic fans may soon have a new Dembele to savour after 13-year-old Karamoko Dembele made his debut for the club's development team on Monday. French striker Moussa Dembele, 20, has made an instant impact this season with 12 goals for the Scottish champions. But the latest Dembele - no relation - came on for the final nine minutes of Celtic Under-20s' win against Hearts. He replaced Jack Aitchison, 16, who became Celtic's youngest-ever player in the final game of last season.
Aitchison scored with his first touch after coming on as a substitute against Motherwell aged 16 and 71 days in their 7-0 rout of Motherwell in May. But Ivorian Dembele could challenge that record after appearing for the club's reserve team, which is seven years above his age group. Dembele went viral with a series of tricks playing for Celtic's U13s at the St Kevin's Boys Academy Cup tournament in Dublin this summer.
Celtic's website said Dembele "didn't look out of place" after being given his chance on Monday at Greenock Morton's Cappielow ground, with six of their usual squad away on Scotland U19s duty.