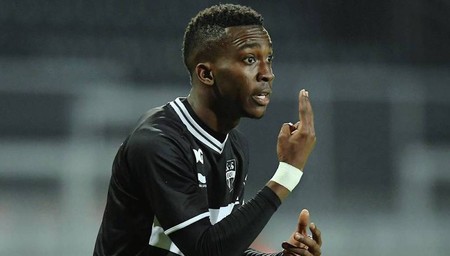 The Serie A champions have opened initial negotiations with the Argentina international's entourage as they look to tie him down until 2021 with a boost in wages. Juventus are ready to renew Paulo Dybala's contract in an attempt to prevent suitors from following up on their interest, according to reports. Dybala enjoyed a spectacular debut season with the Bianconeri last term, scoring 23 goals in 46 games in all competitions.
The 22-year-old's exploits have led to him being linked with the likes of Barcelona and Manchester United, and therefore Juve are hoping to tie him down to a new deal. It is understood that Juve are willing to double Dybala's annual salary from €2.2 million (£1.9 million) to €4.4 million (£3.9 million) and have opened initial negotiations with the forward's team. The Serie A champions are also hoping to come to an agreement with defender Leonardo Bonucci over fresh terms.
Bonucci, 29, excelled at Euro 2016 with Italy and was subsequently linked with a summer switch to Manchester City, though it is believed he will sign an extension with Massimiliano Allegri's side. Juventus have made a strong start to the Serie A campaign, winning five of their opening six games in the Italian top flight.