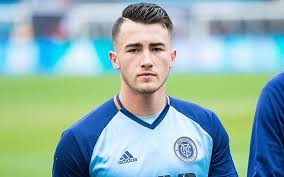 The Catalan's City reign might be in its infancy, but the former Leeds and Aston Villa midfielder has been mightily impressed by the ex-Barca coach
England midfielder Fabian Delph says he has learned more during his short time under new Manchester City boss Pep Guardiola than over the rest of his career.
Delph endured an injury-ravaged debut season at the Etihad Stadium last term and was felt in some quarters to have an uncertain future after Guardiola replaced Manuel Pellegrini at the helm.
But the 26-year-old, who missed out on a place in England's ill-fated Euro 2016 campaign, has relished working under the former Barcelona and Bayern Munich boss and lavished praise on his methods.
"When I first met the new manager, I did feel a bit of a lift. He's been fantastic from day one, knew everybody's names from day one," Delph told BBC Sport as City prepare for Monday's International Champions Cup clash against Manchester United in Beijing. "I'd say I've learnt more in these three weeks than I have throughout my whole career.
"The systems that he's trying to implement are unbelievable, the intensity that he's brought to the group is frightening. He's a perfectionist and, to be fair, everyone is pulling together and trying to implement what he wants us to do on the training field.