It's not over until Ramos scores 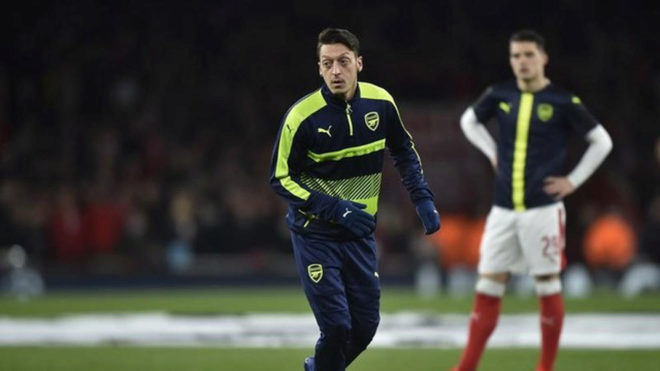 Superman Sergio Ramos once again played the role of hero with a late header to give Real Madrid a comeback 3-2 win over Deportivo on Saturday night at the Estadio Santiago Bernabeu in Madrid.
The centre-back struck in the 92nd minute to cap off a late two-goal rally that not only stretched Real's unbeaten run to 35 matches but restored Los Blancos' six-point advantage atop the La Liga table. In addition to Ramos' goal, Real got scores from Alvaro Morata and Mariano, which sandwiched a pair of Joselu goals in a span of two minutes.
Deportivo will be left wondering exactly how they failed to come away with a result, yet Real, for all their problems in using a heavily rotated squad, still summoned the strength and will to overcome the Galician visitors.
Manager Zinedine Zidane surprised everyone by making a whopping eight changes from the side that took the pitch last week in the Clasico. Of note, not a single member of Real's vaunted 'BBC' was in the line-up, a rarity especially considering Cristiano Ronaldo's fondness to play every minute. In their place was James, Marco Asensio and Alvaro Morata. The midfield had a bit more of a familiar look with Toni Kroos back in the mix with Casemiro and Isco, while Pepe enjoyed a return at centre-back and reserve full-backs Danilo and Nacho also got nods.
It was a tepid start from both teams, as the first chance did not come until after the first quarter-hour. James and Morata had a good look at a curling cross from Asensio from the right, but the loose ball was scooped up by Deportivo goalkeeper Tyton. That was followed by a dipping free kick from Sergio Ramos after Celso Borges had taken down Casemiro just outside the area, but the Andalusian center-back fired just over the crossbar.
Real goalkeeper Keylor Navas was hardly troubled until right before the half-hour mark, and he had to be alert to deny his fellow Costa Rican, Borges, whose deft redirection almost slipped inside the near post. Seconds later James found himself alone with Tyton bailed failed to beat the Polish stopper.
Borges again threatened the Real goal and was terribly unlucky with a header that had Navas beat but it struck the post. The ensuing rebound then rolled right over the head of the waiting Guilherme, who was all alone a yard in front of goal but simply not in position to nod it home.
The match needed a lift in the second half and Morata was there to provide just that to give Real a 1-0 lead minutes after the re-start. The former Juventus man collected a pass and without looking at goal, he unleashed a stunning right-footer that went blazing past Tyton and into the back of the net for the score.
Real looked to be on their way to victory, but Deportivo showed their spunk and within minutes after coming on, former Real player Joselu pulled the Galician level with a sensational strike of his own. Careless ball-handling from Casemiro allowed Andone to strip the Brazilian and eventually the ball circulated to Joselu, who fired in past Navas to make it a 1-1 contest.
Joselu and Deportivo weren't done, and just two minutes later the Bernabeu was in shock as Joselu beat Navas again to hand the guests a 2-1 lead. Again Andone proved pivotal, this time sending in a cross for Joselu, who got the better of Ramos, and in a flash Navas was picking the ball out of his own net while Deportivo celebrated their 2-1 lead.
Deportivo had Real's full attention now, and Zidane went offensive with his substitutions, Lucas and Mariano for Asensio and Isco, respectively. Deportivo, meanwhile, shifted to a more defensive formation in hopes of sealing the three points, thus setting up a dramatic final 20 minutes. Marcelo was then brought on for Danilo to take advantage of the former's ability to bomb forward and create on the left wing.
Zidane was again left to look like a genius with his substitutions, as Lucas and Mariano hooked up to score the equaliser in the 84th minute. Lucas delivered a pass into the area that Mariano headed in past the flat-footed Tyton to make it 2-2.
Real then went in for the kill and it made for a heart-stopping final five minutes. With the Bernabeu on their feet and roaring with every Real foray forward, there was only one way and there was only one man who could decide this thrilling encounter: Sergio Ramos.
With the match in second half stoppage time, naturally, a Real corner kick was taken by Kroos and just like last week in the Clasico versus Barcelona, and just like in the UEFA Super Cup, and just like in the 2014 Champions League final, Ramos soared above all the rest and headed in for a dramatic last-minute goal. This time it gave Los Blancos the three points and will surely make the long flight to Japan for next Thursday's Club World Cup semifinal a more enjoyable one.