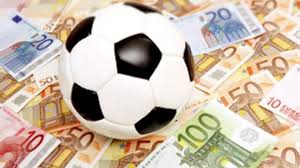 Montreal Impact striker Didier Drogba has agreed to accept whatever role head coach Mauro Biello chooses, according to club president Joey Saputo. After being told he would start last Sunday's game against Toronto FC on the bench, the 38-year-old demanded to be removed from the matchday roster altogether.  Drogba's act of petulance led many to speculate whether the Ivorian had played his last game for Montreal, but in a statement released to the media on Tuesday, Saputo said all parties had cleared the air after a meeting.
"We met with Didier," the statement read. "The situation has been resolved to the club’s satisfaction. Didier has accepted to assume the role that the head coach sees fit while contributing to the success of this club moving forward. When he came to Montreal, Didier said he came here to win, and he still has the same objective.
"Our main priority now is to focus on the last game of the season and the upcoming playoffs. With the players and the leadership that we have on this team, we are convinced that we can make a run at the MLS Cup." The Impact have clinched a playoff berth and play their final game of the regular season on Sunday against New England. Drogba has 10 goals and six assists in 22 total appearances in 2016, 18 of which have been starts.