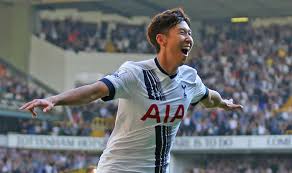 Zlatan Ibrahimovic scored his tenth goal in nine matches as Manchester United eased to victory over West Brom. The former Sweden international headed home from a brilliant Jesse Lingard delivery after only five minutes to put the visitors ahead. Ibrahimovic struck again just after the break when his effort from inside the box went in off Baggies defender Craig Dawson. United are now unbeaten in 10 matches in all competitions and have drawn level on points in the Premier League with fifth-place Tottenham, who play Burnley on Sunday. The Baggies remain in seventh place and are now seven points off the European places. Ibrahimovic's double at the Hawthorns brings the striker to 16 goals for the season - 11 more than any of his team-mates.
Lingard will take huge credit for the opening goal, though, after his sublime cross from the right landed perfectly for the Swede, who headed down past Ben Foster from eight yards out. His second goal was teed up by captain Wayne Rooney and Ibrahimovic managed to worm his way into the box before striking with his right foot on 55 minutes. Rooney, meanwhile, must wait again to equal Sir Bobby Charlton's record of 249 goals for the club, after he saw a first-half strike from outside the area forced on to the bar by Foster.
Meanwhile, Manchester United's official Twitter account playfully reminded one follower of his predictions earlier in the year. The follower whose handle is @eckdofraser, twitted " I will be surprised if Ibrahimovic scores 10goals in the Epl". The Baggies fail to light up The Hawthorns. West Brom have won three of their past six meetings with United they could not stop their opponents from dominating possession on Saturday evening. Tony Pulis' side managed one shot on target all match, when Chris Brunt fired at David de Gea in the first half. Salomon Rondon scored three headers in his side's mid-week victory over Swansea but on this occasion he could only nod wide from Matt Phillips' cross. It means the Baggies miss out on equalling their Premier League club record of four consecutive home victories.
United manager Jose Mourinho was forced to defend Marcos Rojo following Wednesday's win over Crystal Palace, after the defender escaped with a yellow card for a two-footed lunge - the second incident of its kind this month. Defender Rojo went in the book again against West Brom after clashing with Rondon. The pair were booked for dissent after the Baggies striker appeared to push his opponent in the chest, before slapping him across the face. Ibrahimovic may have been lucky to escape with only a yellow card - his sixth of the season - when he barged Dawson off the ball with some force - much to the disdain of the home fans. And in the latter stages of the game Chris Brunt took out an on-rushing Marcus Rashford and was also booked. When asked about Ibrahimovic's punishment after the match, Pulis replied: "Ask the 28,000 fans what they thought of it."
Man of the match is Paul Pogba. Though, Ibrahimovic gave the reds win with 2goals, Paul Pogba made  the most shots (3), the most passes (89) and had the most touches (109) overall.