HIGUAIN CLOSES IN ON JUVENTUS MOVE AS FEE AGREED 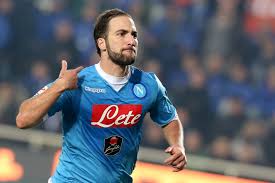 Gonzalo Higuain has undergone a medical with Juventus and agreed personal terms as he closes in on a move to the Serie A champions.
Goal understands the Bianconeri have agreed to pay the Argentina international's €94 million release clause, with Napoli set to receive the money in two sets of €47m installments.
Higuain will sign a four year-contract with the Turin outfit, with his deal worth €7m-a-year.
The transfer may pave the way for Paul Pogba's world record move to Manchester United, with the Italian champions having funds left over to find a direct replacement.
Higuain's 36 Serie A goals last season, in just 35 games, equalled an 87-year-record.