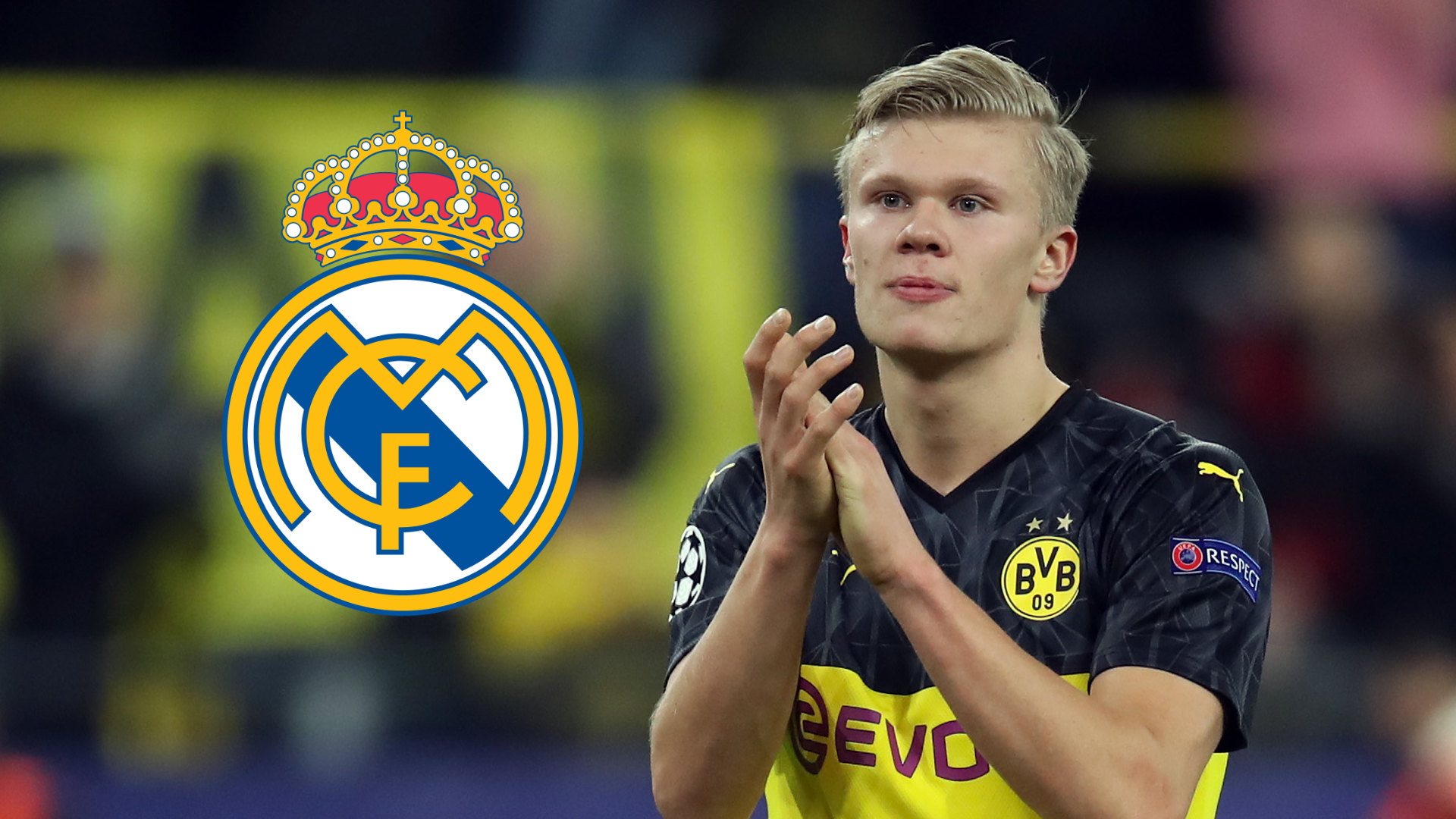 Erling Haaland is the hottest prospect in world football and with Real Madrid one of the clubs interested in the teenager, and he's shown to be receptive to the attention he's getting. The 19-year-old has 40 goals already, putting him in the shop window, even after recently joining Borrussia Dortmund.
"It's always nice when big clubs are interested. It means you're doing something right," Haaland told Four Four Two.
Real Madrid have had trouble in front of goal this season, leaving them in the hunt for another centre forward when the transfer window reopens in the summer.
Haaland's explosion with Red Bull Salzburg led to him joining Dortmund for 22 million euros in January, but now his new club know that they'll have to fight to keep him beyond the summer.
Represented by Mino Raiola, he has a clause in his contract that allows him to leave for 83 million euros in 2021, though he could move for more this summer. Real Madrid, Barcelona and Manchester United are just some of the clubs interested in the Norwegian, who hasn't closed any doors.