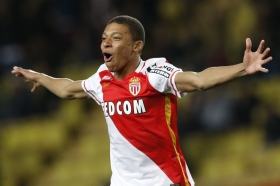 A Gaston Ramirez header was enough to give Middlesbrough only a second win since August and leave Hull stuck in the Premier League relegation zone. Ramirez, the game's outstanding player, nodded in Viktor Fischer's corner after being left unmarked at the back post. Fischer earlier had a goal ruled out for offside, while Boro striker Alvaro Negredo wasted two good chances. Hull, who have lost eight of their past 10 league games, rallied late on but did not deserve a point. The Tigers remain 19th in the table, two points above bottom club Swansea and one from safety. Boro, who have now lost only one in six, climb to 13th, four points above the relegation zone. It was entirely appropriate that Ramirez settled a low-quality affair between two sides that were promoted from the Championship last season.
The Uruguayan, playing against one of his former clubs, was a consistent threat down the Middlesbrough right, an attacking exception in a game in which both sides preferred to exercise caution until the closing stages. In the first half, he played his part in creating an opening for Negredo, only for the home frontman to slice over, with Ramirez himself also forcing a save from David Marshall with an effort from long distance. A quarter of an hour into the second half he made the telling intervention, left alone by marker Adama Diomande to bounce a header inside the far post. Even as Boro began to sit back, the former Southampton man was instrumental in creating an opening that eventually saw Fischer shoot wide. "He sees things on the pitch that other people in this match were not able to spot," said former Liverpool defender Mark Lawrenson on BBC Radio 5 live. "He was the class act in a very dull game."
Hull's lack of attacking endeavour is illustrated by the average positions graphic. The Tigers, on the right, had only one player who took up an average position in the Middlesbrough half. Hull endeavour comes too late. Until they went behind, Hull were camped inside their own half, either through the necessity of having to defend or a desire to settle for a point. While central defenders Michael Dawson and Curtis Davies were excellent, the visitors showed virtually no quality or incision going forward and were often incapable of simply keeping the ball. A Diomande run into the Boro box, halted by a brilliant Ben Gibson tackle, was Hull's only attack of note in the first half and the Tigers did not threaten until the hosts retreated to protect their lead. Even then, a tame Dawson header and a scuffed Sam Clucas effort seemed like the closest they would come until Diomande caused Boro some late nerves.
A long-range shot forced a flying save from Victor Valdes, with the same man failing to connect with a back-post lunge at a corner. It was much too little, much too late. "I'm very fearful for Hull," said Lawrenson. "Looking at them and what they have got I think they will go down."
Man of the match - Gaston Ramirez
Ramirez provided the moments of quality in an otherwise poor game. 'We have to keep our heads above water'. Middlesbrough manager Aitor Karanka: "We deserved to win, we had a lot of chances and all of the possession. We were confident on the pitch and once we went ahead we had the experience to manage the game. "Sometimes Gaston Ramirez will score, sometimes another player, but we won promotion to the Premier League by playing as a team and that is how we stay. "We have 15 points - we must keep going and working together. We have to fight with the teams in the relegation positions because we are a newly promoted team. We have done nothing yet." Hull boss Mike Phelan: "We tried to drag something out of it but it was really, really disappointing. We gave away a ridiculous goal from a set-piece, we all have jobs to do and we didn't concentrate. "We defended well at times and after they scored we came into it but we have to do better and not concede when we don't need to. We all understand the predicament we are in and hardship that we face but we have enough players to do certain jobs. "We are short on the ground, we have added a couple, but we are where we are because of the beginning of the season. We have to keep our heads above water."