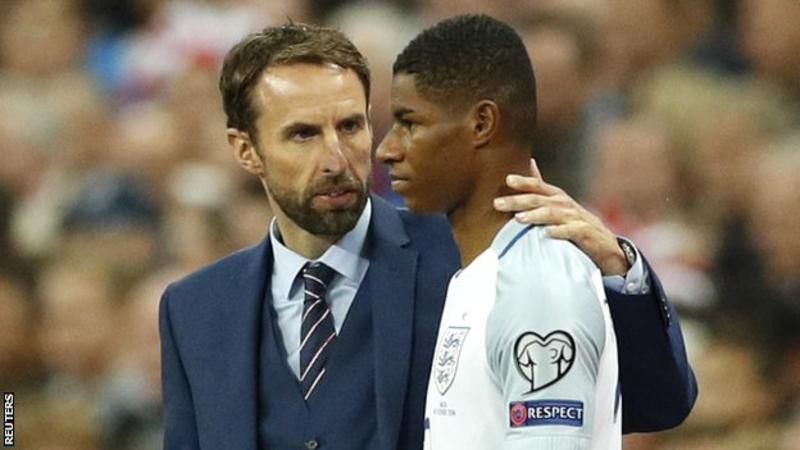 Gareth Southgate should be appointed England boss for at least the next two years, says Sir Trevor Brooking. Southgate, 46, has stepped up from his role as under-21 boss to take temporary charge of the senior team following Sam Allardyce's departure as manager. Former Middlesbrough boss Southgate oversaw England's 2-0 World Cup qualifying win over Malta on Saturday. "Hopefully he does enough in the next three games," said the ex-Football Association director of development. Wayne Rooney: Gareth Southgate 'doesn't understand' booing of England captain. Brooking, who appointed Southgate as England Under-21 boss, told BBC Radio 5 live's Sportsweek: "Gareth is a great character but because he is a bit like that he comes across as boring to some people.
"He can be tough, he can be hard. "I think he should get the job. I am confident he will then get the two years taking us up to the World Cup and with the players that are coming through he can kick on for another two years as well," added the former West Ham and England midfielder.
Analysis - Southgate the only candidate now
Times chief football writer Henry Winter speaking to Sportsweek. If a vacancy came up in the Premier League, Gareth Southgate probably wouldn't be on the shortlist - maybe top end of the Championship. "But this is the situation England are in. It's going to take time to develop a deeper reservoir of coaching talent. "If you go from the standpoint that the England manager should be English then you have to go with someone like Southgate or Eddie Howe. They are not the greatest but they are the best we have got. "Southgate is the only candidate now and he will get the job."