EPL: Shearer reveals why Liverpool shouldn't be awarded the title despite Coronavirus fears 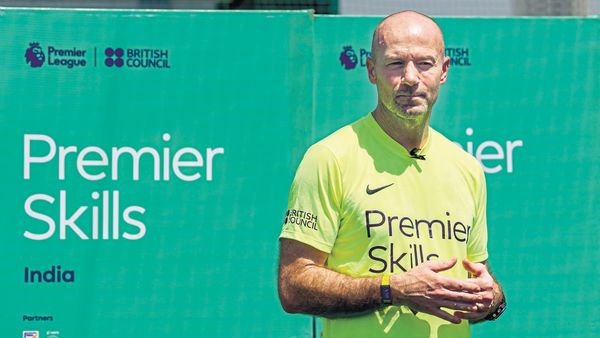 Newcastle United legend, Alan Shearer, has given reasons why Liverpool should not be awarded this season’s Premier League title following the suspension of the English top-flight league.
The Premier League suspended all matches due to the deadly coronavirus last Friday. The competition will now resume April, subject to medical advice and conditions.
Liverpool is presently on top of the Premier League table with twenty-five points above second-place Manchester City. But Shearer believes it would not be fair to declare Jurgen Klopp’s side Premier League champions if the season is not finished.
Writing in his column for The Sun, Shearer said: “I cannot see how it would be fair to hand Liverpool the title, despite the fact it is obvious nobody is going to catch them.
“They only need six points to wrap it up, but they have not got them yet, so for that reason, it has to be declared null and void," the Premier Legend stated.
“If you cannot complete the fixtures, then you cannot go handing out titles or consider relegating anybody. It would be very different if the season was suspended after they had got the points to win it. But they haven’t, and, however, horrible a scenario it would be, it’s the only option.”
Currently, Liverpool still has nine Premier League matches to play this season. The Reds’ next fixture is against Manchester City on April 6.

Do you agree with Alan Shearer on this?