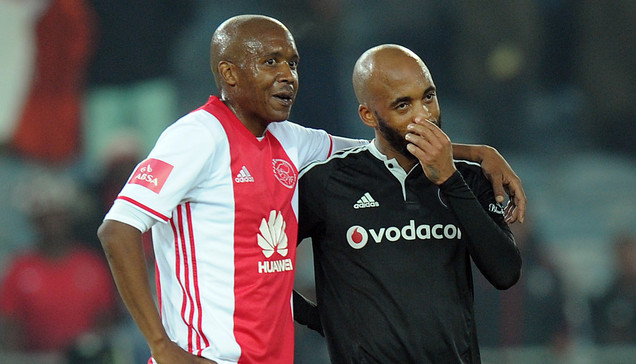 NEW YORK — When David Alaba speaks, he is thoughtful, measured and considerate. He doesn't disparage any opponents, much less a teammate. He says things like, "I’m trying to be one of the faces of the club," and, "We’re all very thankful for the support, for the love from the fans. We just wanted to give it back on the pitch.."
But get him talking about FIFA 17, and he's far less diplomatic.
"Yesterday we were at an Adidas activity with Javi (Martinez), Philipp (Lahm) and Julian (Green), and I was playing with Javi on a team, and he sucked," Alaba told Goal on Monday at an event announcing a partnership between EA Sports and Bayern Munich.
Later in the evening, Alaba was able to prove his superiority with the joystick, avoiding being stuck with the Spaniard in another FIFA throwdown. This time, he teamed with music producer Zedd and saw off Martinez and NBA champion J.R. Smith 3-0 in a Bayern vs. Bayern friendly.
Martinez didn't dispute that he trails far behind some of his teammates in the video game department, at least when it comes to the ultra-popular football series.
"I play the basketball games more than the soccer. I’ll still play the soccer games with the other guys on the team, but I also like to try other things," Martinez told Goal with a laugh. "It doesn’t bore me, but I prefer to play basketball, so I played but they weren’t the best games."
According to Alaba Thomas Muller is Bayern's strongest FIFA player, while Martinez tabbed countryman Juan Bernat, saying he's "a machine."
Both players said that they're pleased with how they look in the game, something that has only gotten stronger with the partnership announced Monday. Bayern players had 360 images taken of their faces, allowing their image in the game to look more like the players than ever.
"I’m not used to seeing myself there," Martinez said. "It’s also special to see myself there, and yeah, it looks a lot like me. The players are very realistic. It’s incredible."
Fans will be able to get their hands on the latest incarnation of the FIFA series when it is released in North America on Sept. 27. The worldwide release date is two days later.