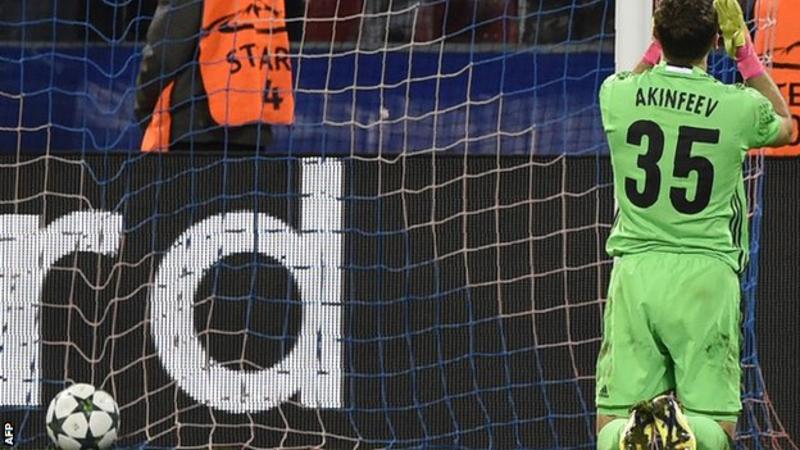 The Russia international was three minutes away from ending an unwanted record on Tuesday by keeping his first Champions League clean sheet in 10 years. That was until Monaco's Bernardo Silva struck in the 87th minute of the Group E tie in Moscow. Akinfeev, 30, has now conceded in his past 40 games in Europe's top competition, dating back to a goalless draw against Arsenal on 1 November 2006.
There were contrasting fortunes for Tottenham's Hugo Lloris, who made a string of stunning saves as Tottenham drew 0-0 at Bayer Leverkusen in the same group, while 38-year-old Gianluigi Buffon saved a penalty as Juventus beat Lyon in Group H. World Cup winner Buffon, under pressure after recent errors for Juventus and Italy, said it was too early for his "football funeral". "People can organise a funeral, but there's nobody there," he said.
Former Arsenal keeper Jens Lehmann holds the record for the longest spell without conceding a goal in the Champions League - 853 minutes in 2005-06 and 2006-07. Real Madrid legend and Porto keeper Iker Casillas set a new record for clean sheets with his 51st last October.