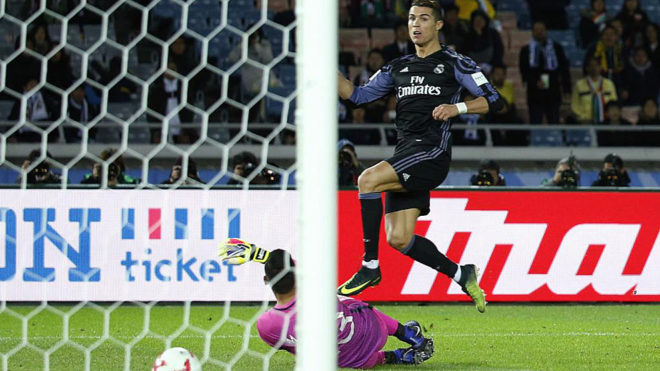 Talk is cheap, but trophies? They are very expensive. Cristiano Ronaldo has now officially scooped his fourth major trophy of the calendar year, in the form of the 2016 Ballon d'Or, and of course could make it five in but a week.
After winning Euro 2016, the Champions League, the UEFA Super Cup, and perhaps the Club World Cup, albeit occasionally from the sidelines, it has no doubt been the Real Madrid man's year.
Beating top scorer Lionel Messi and the likes of rising superstars Neymar and Antoine Griezmann, the gong marks Ronaldo's fourth in the sport's top individual honour, and his second with the Ballon d'Or under France Football's total control.
For the sixth consecutive season, the winger bagged 50 goals and played a vital role in his sides' accomplishments, notably the hat-trick against Wolfsburg in Europe and the tournament-saving salvo against Hungary for Portugal in France.
The likes of Johan Cruyff, Michel Platini, and Marco Van Basten are now behind Ronaldo in the history of the Ballon d'Or, and it's Messi who sits just ahead of the Portugal captain, on five titles.
Elsewhere in the Ballon d'Or 2016 runnings; Toni Kroos and Luka Modric finished joint-last with Dmitri Payet whilst Gareth Bale claimed sixth place.