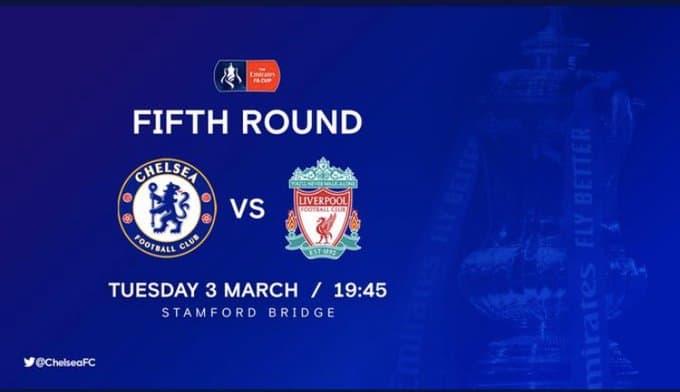 Chelsea will be without six key players, Tammy Abraham, N’Golo Kante, Christian Pulisic, Andreas Christensen, Callum Hudson-Odoi, and Ruben Loftus-Cheek when they take on Liverpool in the FA Cup fifth-round clash on Tuesday night at Stamford Bridge. Chelsea manager, Frank Lampard, made this known during his pre-match press conference on Monday.
According to Lampard, the six players were yet to recover fully from injuries.
Chelsea played a 2-2 draw with Bournemouth on Saturday in the Premier League in their last encounter.
“Andreas Christensen has a small issue, probably puts him out for tomorrow,” Lampard was quoted by Chelsea’s official website as saying.
“No returns. Ruben Loftus-Cheek is playing in the U23s tonight. No Tammy Abraham, N’Golo Kante, Callum Hudson-Odoi and Christian Pulisic.”
Lampard added: “We have to play with a great spirit. We would expect them to put out a strong team. They have done well in the last year, and their defeat to Watford won’t make it any easier.”