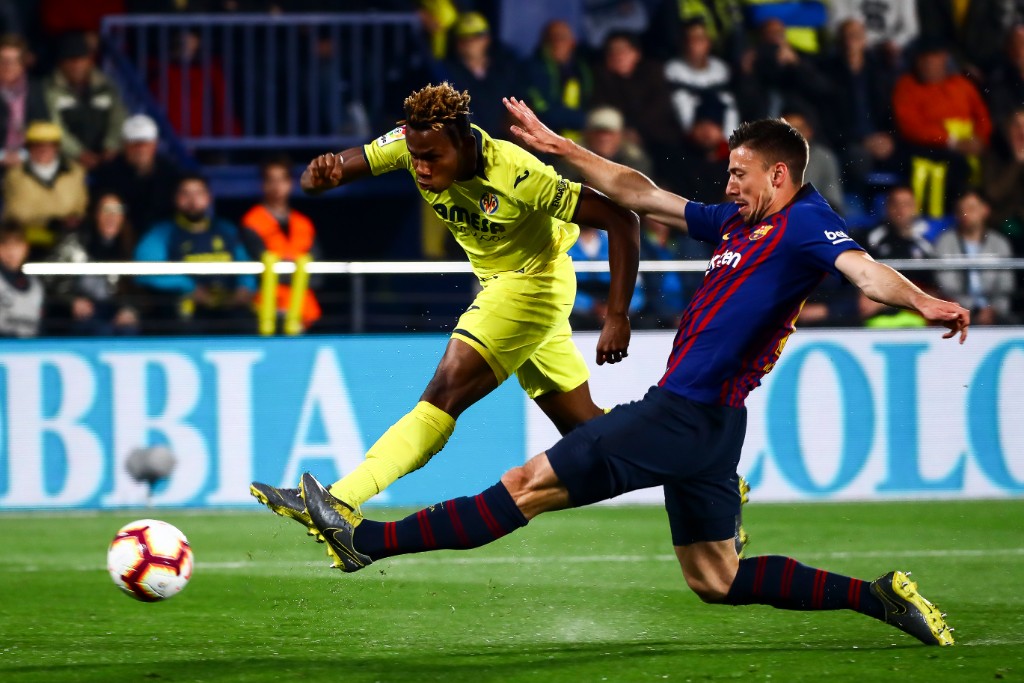 Villarreal winger Samuel Chukwueze has revealed his admiration for Super Eagles Jay-Jay Okocha who is his football idol. The highly-rated youngster has continued to turn heads in La Liga since breaking into the first team of the Yellow Submarine last season.
Chukwueze scored eight goals in as many appearances last term amid other dazzling displays to help Villarreal finish 14th. The forward also shone at the 2019 Africa Cup of Nations, helping the Super Eagles finish third in the biennial tournament.
The young winger, who is known for his dribbling skills, in an interview with Goal revealed his respect for his football idol: “My big hero was Jay-Jay Okocha. I loved watching him, and whenever he played for Nigeria I would be so desperate to see him win. If they lost, I wouldn’t eat. I couldn’t take it,” Chukwueze told Goal.
“In my home town we would have a local centre and I would try to go there to watch Nigeria games.
"We didn’t have a TV, but there was one there. I would peep through the window to see Okocha and the rest."
Chukwueze and Villarreal have experienced a slow start to the season in the Spanish top flight, given they are winless in their opening three league games with their last game against Real Madrid ending in a 2-2 draw. The winger, who opened his 2019-20 goal account in their 4-4 draw with Granada, has revealed his desire to always be on the winning side.
“I’m not a good loser. When I was younger and my team lost, I would cry. I’ve stopped that now, but I still hate to lose. Even on the PlayStation if I lose, I will throw the controller. Winning is everything to me," he added.
Chukwueze is part of the 25-man squad invited by Gernot Rohr for the Super Eagles' friendly game against Ukraine on September 10. Thereafter, he will hope to help Villarreal clinch their first win of the season when they slug it out with Leganes on September 14.