Chelsea vs Bournemouth Betting, What is your prediction? 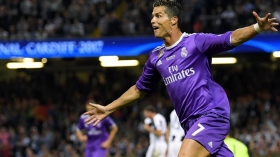 The Blues will be aiming to extend their unbeaten run to 12 games this season as they battle the Cherries at the Stamford Bridge on boxing day. Chelsea welcome Bournemouth to the Stamford Bridge in one of the Boxing Day’s kickoff with the aim to extending their unbeaten records to seven in the 2016/17 Premier League season. The Blues maintained their six-point lead atop of the English topflight table with 43 points from 17 league games- with their last three encounters against West Bromwich Albion, Sunderland Crystal Palace ending by a lone goal in favour of Antonio Conte’s men. And the hosts are clear favorites’ for this encounter with Lions Bet at odds of (1.45).

Bournemouth narrowly defeated the home team at the Stamford Bridge last season, as Glenn Murray’s lone goal handed the Cherries a 1-0 victory last season, and they have been offered at a price of (7.75) with the same betting company. Both sides are expected to share the spoils after the normal regulation time in the fixture at odds of (4.90). Both sides have won one game each in their last two meetings in the EPL, with Eddie Howe’s men drawing the first blood by beating their hosts 1-0 and the home team bounced back to win the second leg in April 2016 by 4-1 to have a better goals advantage over their opponents.

The Dean Court’s outfit conceded 13 goals and scored 11 goals in their last seven encounters in the league and their chances of scoring first in this fixture has been offered by the company at (3.25), while the first 45 minutes of the battle has been tipped to record a higher number of goals at odds of (2.95). Chelsea will miss the services of Diego Costa and N’golo Kante, who are currently serving match ban but the odds still favors them to score in both halves of the game at (2.10), and the away team have been offered at odds of (3.35) to win either half of the encounter.

Antonio Conte’s men have been offered at odds of (3.10) to win both halves of the fixture, while the company believes the visitors are capable of keeping a clean sheet at the Stamford Bridge, most especially with Costa missing the game at a price of (6.25). Michy Batshuayin(2.05) and Eden Hazard (2.15) have been listed to win the game for the Blues at home to ensure they remain six points clear into the new year.