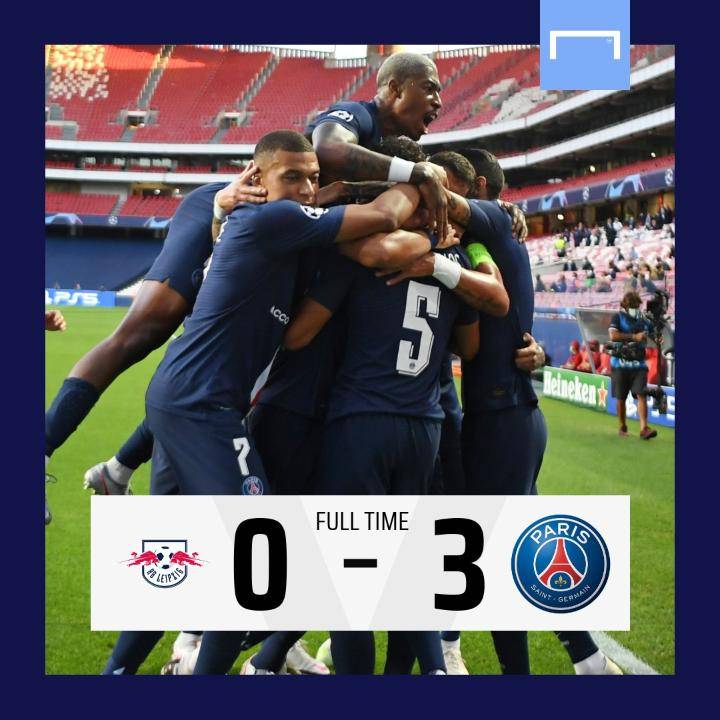 RB Leipzig's wonderful journey in the UEFA Champions League has come to an end after they were defeated 3-0 by Ligue 1 Champions Paris Saint Germain in the semi-finals on Tuesday night.

The Germans are one of the surprising teams in Europe this season but they could not secure a place in the finals.

Here is what their manager, Julian Nagelsmann said after losing the game.

RB Leipzig manager Julian Nagelsmann, speaking to BT Sport: "At the end the ticket for the final for PSG is well deserved.

"First 10-12 minutes we played well. PSG has so much quality and at the end they were the better team, but football is sometimes like that.

"We have to decide before the game if we want to attack early. In the first 10 mins we had three or four good moments and made two of three big mistakes.

"When we conceded the second goal the belief of our players drained. At the end it was a question of character and we did it well in the second half.

"It is not that easy to think of the good season but after a week it will be OK. We are a young team and will try to do it well in the next season. The players can come back and we can try for the Bundesliga and the cup."