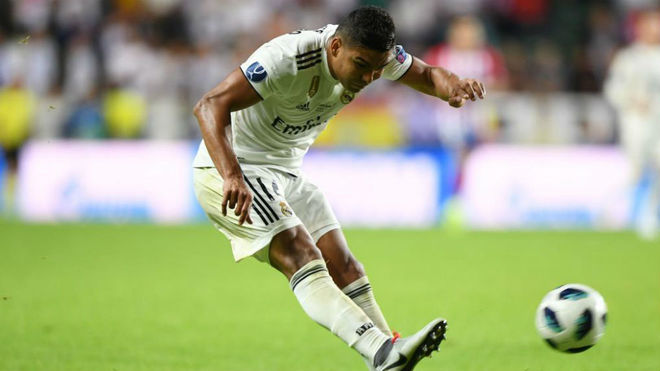 UEFA's 55 member nations will elect a new president at the special congress on Wednesday in Athens. The little-known Slovenian lawyer Alexander Ceferin is the favourite to get the job. He is up against UEFA veteran Michael Van Praag to replace the scandal-ridden Michel Platini, whose tenure ended in disgrace after being banned by FIFA's ethics committee for unethical conduct.
Ceferin has been president of the Slovenian football association for the past five years and, despite his relatively low profile, he has assembled a formidable coalition of votes for Wednesday. His work at home has been impressive and he is credited with a turnaround in the fortunes of Slovenian domestic football on a wide range of issues - from attendances to finances. Around 20 UEFA national associations have already pledged public support for the 48-year-old – including European champions Portugal, Germany, Russia, France and more.
Van Praag, meanwhile, will count on the support of the Football Association, the Belgians and his native Netherlands. Van Praag is also confident of landing support from Spain after their association president Angel Maria Villar Llona pulled out of the race for the UEFA job last week. Villar Llona had been running UEFA on an interim basis since Platini’s ban but is now out of the running to take on the post permanently for a term which expires in 2019.  Ceferin presents himself as a “Robin Hood” candidate – one who will attempt to deal with issues like match-fixing, doping and corruption. Van Praag, meanwhile, is seen as a safe pair of hands; one who has been around UEFA long enough to know how it all works.
Ceferin or Van Praag will be taking command of UEFA at a critical juncture with talks over a Super League still swirling. Chinese conglomerate Wanda was the latest to present its plans and has been encouraged in its efforts by parties in Spain and Italy.
Europe’s top clubs seized on the power vacuum at UEFA last year and pushed reform plans for continental club competitions under the threat of a breakaway tournament. UEFA's announcement last month of profound Champions League changes may well have been enough to quieten the hugely-influential European Club Association (ECA) – representing the interests of the biggest and best teams on the continent – but smaller associations – also represented by the European Professional Football Leagues (EPFL) - are deeply resentful.
The Danish and Scottish FAs in the past week have accused UEFA of overestimating the threat a Super League and of selling out to the top teams in order to keep them in the UEFA tent. Four clubs from each of the top four ranked national associations will be in the Champions League group stages from 2018-19 onwards. At the moment, those would be clubs from Spain, England, Germany and Italy. There is big discontent among those smaller associations – Ceferin’s Slovenia included – and that remains a key issue for the new president to resolve.
Van Praag has recently attempted to paint his rival as a “power hungry politician” in an attack stemming from a report in Norway’s Josimar paper a couple of weeks ago. Josimar claimed that Ceferin was – in effect – supported by the new FIFA president Gianni Infantino, who served as UEFA's secretary general until his election to the top FIFA job.
It was alleged that Norwegian FA general secretary Kjetil Siem rounded up the heads of the Scandinavian FAs before the Champions League final in Milan to present the case for a Ceferin presidency. Shortly after, he was announced as a director in Infantino’s administration after working with the Swiss during his election campaign.
There are also accusations by Josimar that Swedish FA head Karl-Erik Nilsson has been guaranteed a place in UEFA's Executive Committee should he back Ceferin, although this has been firmly denied. It should also be noted that Tomaz Vesel – another Slovenian and a known associate of Ceferin – was recently appointed as Independent Chairperson of FIFA's Audit and Compliance Committee to replace Domenico Scala at FIFA.
There is no doubt that Ceferin is not quite the "outsider" he has been proclaimed to be and time will tell if he gets enough of the suipport to  eclipse the 68-years old Van Praag.