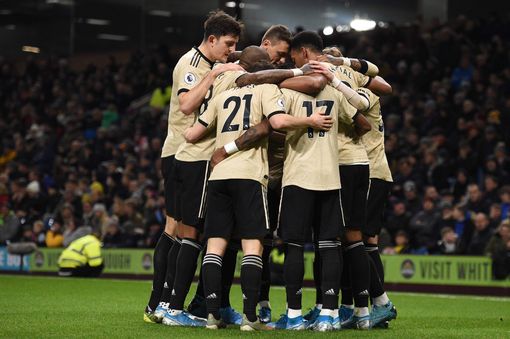 Seven Cameroon players have said they do not want to go to the African Nations Cup finals, setting them on a collision course with the country's football federation and a possible ban from playing for their clubs while the tournament is on.
Joel Matip of Liverpool is one of the seven who told coach Hugo Broos they are not interested in being selected for the tournament in Gabon, which starts on Jan. 14.
"These players have put personal interest above those of the national team and the federation reserves the right to take action against the players in accordance with FIFA regulations," said Broos in a statement on Tuesday.
The other six are Andre Onana (Ajax Amsterdam), Guy Roland Ndy Assembe (Nancy), Allan Nyom (West Bromwich Albion), Maxime Poundje (Girondins Bordeaux), Andre-Frank Zambo Anguissa (Olympique Marseille) and Ibrahim Amadou (Lille).
All seven had earlier this month been named in a preliminary list of 35 for the tournament, where Cameroon are drawn in Group A with the hosts, Burkina Faso and Guinea Bissau.
Cameroon's football federation (Fecafoot) can ask FIFA to suspend the players at club level for the duration of the tournament, which ends on Feb. 6, if they so desire.
Matip did not want to play for Cameroon for the moment because of a "bad experience" with the previous coaching staff, the statement said.
The German-born defender has not featured for Cameroon since the World Cup in Brazil but Broos, who took over in February, has twice been to see him to try and persuade him to return to the side.
Nyom told Broos he wanted to stay at West Bromwich Albion to keep his place in the team, a sentiment shared by Amadou, Ndy Assembe, Onana and Zambo Anguissa.
Poundje, uncapped by Cameroon, said he preferred to concentrate on setting his sights on playing for France.
Cameroon are to name the final 23-man squad for the tournament next week.