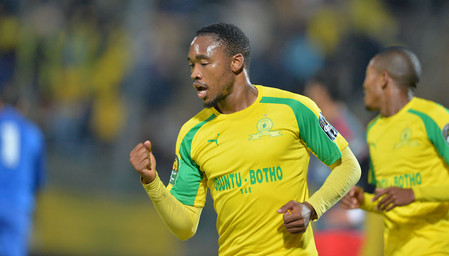 African football’s new leadership faces immediate and important questions about transparency and double standards after electing an official who was banned from running for FIFA president on to its own ruling body. On the same day Ahmad Ahmad won a seismic victory to end the 29-year reign of Issa Hayatou as Confederation of African Football boss in the biggest ever shake-up of African football administration, a new-look executive committee was voted in that included outspoken Liberian FA chief Musa Bility. Bility, like all of the new exco members, is a staunch supporter of Ahmad but virtually unreported from the elections in Addis Ababa was the fact that he had failed an integrity test back in November 2015, in a bid to unseat Sepp Blatter.

Insideworldfootball reported at the time that Bility was barred not because of a long-running feud with Hayatou which resulted in a six-month ban in 2013 for what was described as “improper handling of confidential documents” but because he apparently had a criminal record. Bility complained that the FIFA integrity checks were not carried out under the correct procedure but the Court of Arbitration for Sport upheld the ruling by FIFA’s Ad hoc Electoral committee, noting at the time that that Bility “had failed to pass the integrity checks carried out by the Investigatory Chamber of the FIFA Ethics Committee.” Bility thus missed out on the final field of FIFA presidential candidates yet now finds himself among the most important officials in the CAF administration as a member of the decision-making exco, having got the nod over Mali’s Malian Diakite for CAF’s West A Zone by polling 26 votes to 22 though is not known what happened to the other votes among CAF’s 54-member electorate. Mali were a supporter of Hayatou.

Bility’s new role seems bound to focus attention on Ahmad’s avowed first priority of implementing a robust regional ethics committee. He has promised to bring greater governance to CAF. Hayatou, meanwhile, can only look back with frustration at a low-key campaign marked by complacency and failure to see the warning signs. After his defeat, he recalled that he was “only” 70 and that Blatter, his old buddy, was much older in his latter days at FIFA. But health problems had weakened him prematurely and he was clearly out of step with a raft of younger federation presidents. “I’m elated, really really happy,” said Sierra Leone’s Isha Johansen who had previously declined to show her hand publicly but who, like Bility, is reported by some African media to have been one of those who plotted Hayatou’s downfall in a series of unannounced gatherings in the Ghanaian capital of Accra.  “I had no doubt Ahmad would win but the margin surprised me. This is not about a personality contest, it’s about positive change.” Maybe so, but while Hayatou might have outstayed his welcome amid accusations of cronyism and favouritism, change doesn’t necessarily lead to progress and Ahmad’s modus operandi will be carefully monitored in his attempt to take African football forward.