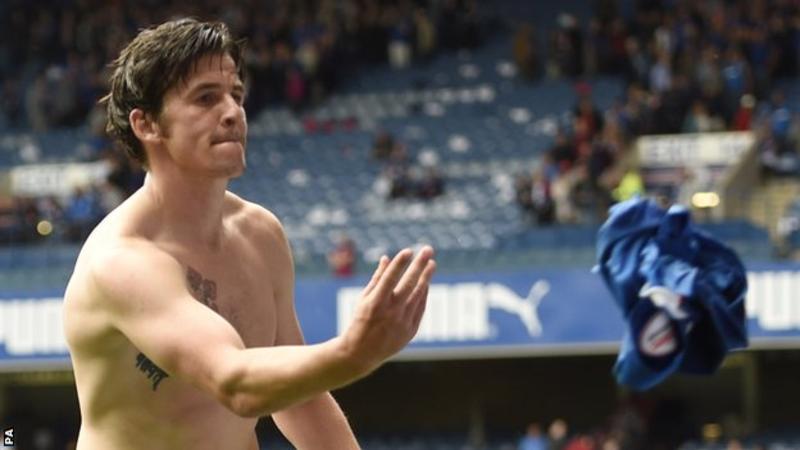 Joey Barton is set to re-sign for Burnley on a short-term deal until the end of the season, subject to international clearance. The 34-year-old has been training with the Clarets to build up his fitness after leaving Scottish Premiership club Rangers in mid-November. He left Burnley in May after helping them win the Championship title. Barton joined Rangers on a free transfer in the summer but only made seven appearances for the club.
The former Manchester City, Newcastle and Queens Park Rangers had his contract with the Ibrox outfit terminated following a training-ground altercation in September. Barton was given a one-match suspension for breaking Scottish Football Association rules on gambling during his time north of the border. The ban will apply in the Premier League because of an agreement between the home nations.