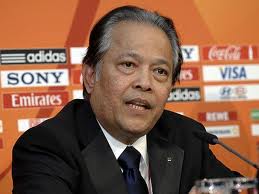 Former FC IfeanyiUbah head coach Rafael Everton says he is open to a return to the club, reports Completesports. The Brazilian left the post in the wake of the Anambra Warriors’ Federation Cup success against Nasarawa United this year after he was demoted to

handle the club’s academy side.

His successor, Kenichi Yatsuhashi, left the post after just two games in charge at the Nigeria Professional Football League Super Four competition in Enugu and the Japanese’s his former assistant Yaw Preko is now in charge of the club on a temporary basis. The management are however still looking to employ a new man before the start of the season. “I’m open to a return to FC IfeanyiUbah,” Everton told Completesportsnigeria.com. “It is a club I love and it will be nice to get the chance to lead the team once again. ”I have a good relationship with the players and still have a lot of good friends there.”