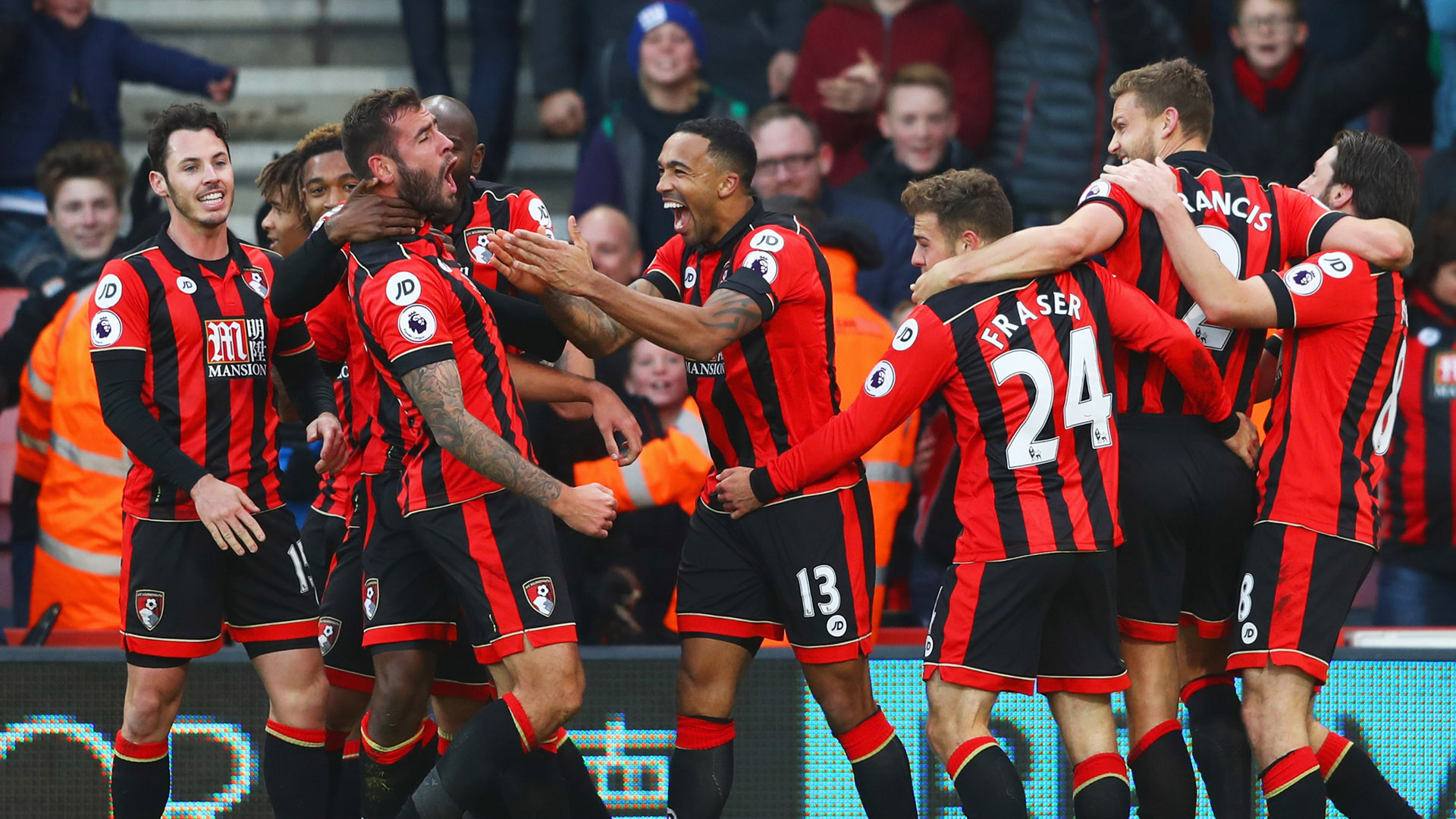 Bournemouth scored three goals in the final 14 minutes to complete a remarkable fightback and beat Liverpool 4-3 at the Vitality Stadium on Sunday. Nathan Ake bundled home a stoppage-time winner for the hosts, who had been 3-1 down with 75 minutes played, to end Liverpool's 15-match unbeaten run in dramatic style. Sadio Mane (20) and Divock Origi (22) put the visitors in control at half-time, and they looked comfortable again when Emre Can restored their two-goal cushion (64) following Callum Wilson's 56th-minute penalty, won by substitute Ryan Fraser. But Bournemouth stunned their opponents with a late rally as Fraser pulled one back himself (76) before setting up Steve Cook's equaliser two minutes later (78).
Eddie Howe gives his reaction to Bournemouth's stunning win over Liverpool Ake's late finish snatched the three points and secured Bournemouth's first ever win over Liverpool, sending the Cherries up to 10th in the Premier League table. Liverpool, who face West Ham next live on Sky Sports, remain third, having missed the chance to return to second. Jurgen Klopp made six changes from the team that beat Leeds 2-0 in midweek, and his side deservedly raced into a two-goal lead. The home side, who restored Jack Wilshere and Artur Boruc to their line-up, were overrun in the early stages and fell behind when Mane beat Ake for pace and poked in from close range.
Jurgen Klopp heaped praise on Bournemouth's fighting spirit. Origi added Liverpool's second two minutes later, rounding Boruc and finishing superbly from a tight angle. The hosts improved slightly before half-time and had a penalty appeal rejected when Ake went to ground under the challenge of Roberto Firmino. Substitute Ryan Fraser produced a man of the match display as Bournemouth came from 3-1 down to beat Liverpool 4-3 in the Premier League But the introduction of Fraser, who replaced the injured Junior Stanislas, paid immediate dividends as the substitute was tripped by James Milner, with Wilson on target from the spot-kick.
Can seemed to have given Liverpool the breathing space required to see the game out when he curled past Boruc from 18 yards, but his strike simply set the stage for Bournemouth's comeback. Emre Can scored Liverpool's third with a curling effort.Fraser fired past Loris Karius before his cross was expertly controlled and finished by Cook as the hosts struck twice in two minutes to level. With Liverpool on the back foot, Benik Afobe saw a low effort saved well by Karius, but the Reds goalkeeper failed to cover himself in glory for Bournemouth's winner. He spilled Cook's long-range drive, allowing Ake to steal in and tap home.