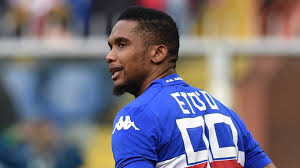 Besiktas have agreed a deal in principle to sign Samuel Eto'o, Goal understands.
The Turkish champions are looking to sign a new striker after Mario Gomez, who scored 26 Super Lig goals last season while on loan from Fiorentina, opted against extending his stay at the Vodafone Arena
Besiktas have since turned their attention to Eto'o and are now trying to thrash out a deal with the striker's current club Antalyaspor after reaching an agreement with the player.

Eto'o scored 20 goals in 31 league games for Antalyaspor in 2015-16, a tally bettered only by Gomez.
The former Barcelona, Inter and Chelsea striker has breathed fresh life into his career after disappointing spells with Everton and Sampdoria during the 2014-15 campaign.
Besiktas had previously been linked with a move for out-of-favour Liverpool striker Mario Balotelli after club president Fikret Orman claimed he wanted to join the club.