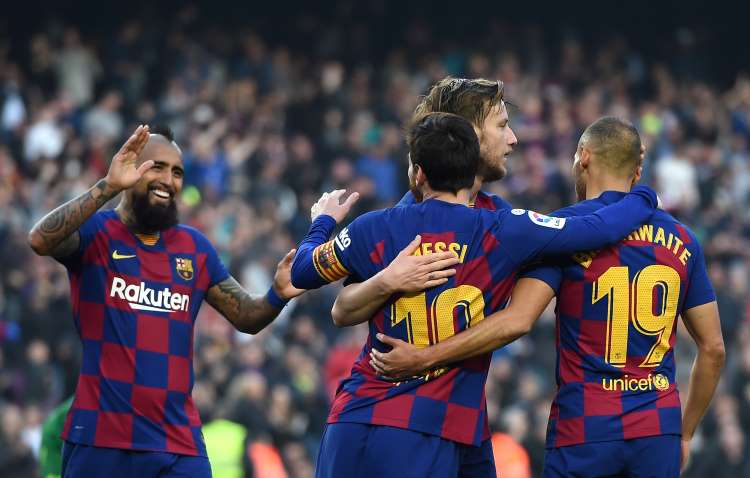 Barcelona were defeated in their last match against their number one rivals Real Madrid in the El Clasico. Los Blancos got the bragging rights against the Catalans as they cruise to a 2-0 win at the Estadio Santiago Bernabeu.
Barcelona new signing Martin Braithwaite has chosen two Real Madrid legends Zinedine Zidane and Ronaldo de Lima as his best midfielder and striker all-time.
The former Leganes striker was critical in his selection which only featured one Barcelona legend in the person of Carles Puyol whom he chose as his best defender.
Manchester United and Denmark legendary goalkeeper, Peter Schmeichel was the last man on the list as the Danish striker chose his compatriot as the best shot-stopper all-time.