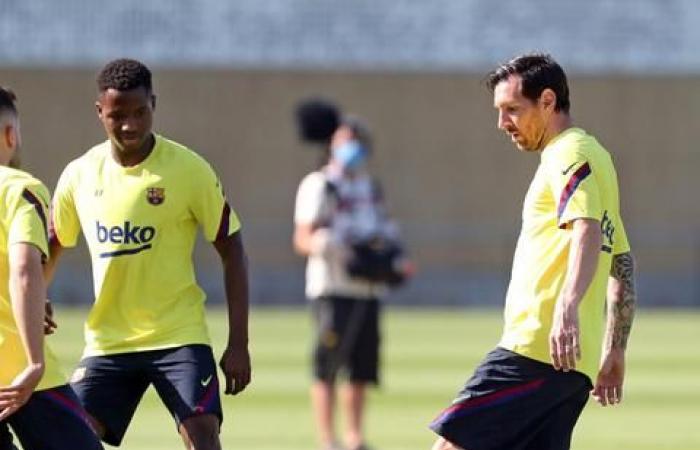 La Liga 2020-21 is about to kick off in few days time with top teams in Spain preparing already for the season. Barcelona being one of the teams has been dealt with a huge blow ahead of their season opener against Villarreal at the Camp Nou.
Ahead of the season opener against the Yellow Submarines, Barcelona star, Ansu Fati injured in training on Friday and won't train with the team for now.
Barcelona confirmed Ansu Fati's hip injury on their official twitter handle on Friday and the club claimed they don't know when he will be available for Ronald Koeman's side.
"LATEST NEWS | @ANSUFATI has a right hip contusion, which he suffered during Friday’s training session. He is out and his recovery will determine his availability," the club stated on their Twitter page.
Ansu Fati who has been in the news in recent weeks after scoring in his first start for Spain National team, will be a huge miss for the Catalans as the youngster is already showing he is ready for greater things in the beautiful game.