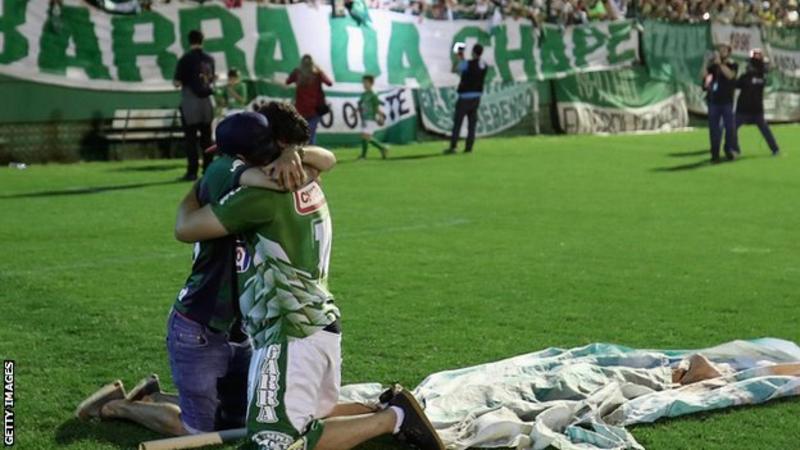 Barcelona have invited Brazilian club Chapecoense to play them in a pre-season friendly next summer. Nineteen Chapecoense players and staff were among 71 people killed in a plane crash as the team travelled to Colombia for the Copa Sudamericana's first leg. The friendly would be for the Joan Gamper trophy, which is an annual match between Barcelona and an invited team. In a statement, Barcelona said they wanted to "pay tribute" to the victims and help Chapecoense recover.
Three Chapecoense players were among six people to survive the crash. Barcelona said they wanted to make the Joan Gamper trophy "a great tribute to the world of football through various activities around this match". "Along with the invitation to Chapecoense to the 2017 Joan Gamper Trophy, Barcelona would like to collaborate on the institutional and sporting reconstruction of the club, and help to recover the competitive level that it had," they added. "Barcelona has today sent a formal letter of invitation to the current board of directors of Chapecoense."