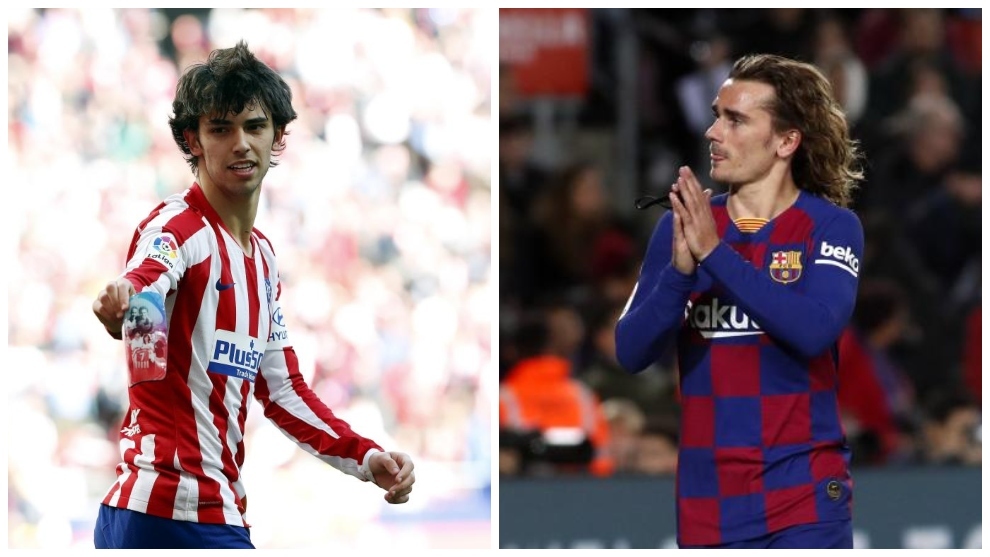 Atletico Madrid and Barcelona discussed a possible swap deal involving Antoine Griezmann and Joao Felix, ESPN reports, but the idea was dismissed between the two clubs.
The discussions took place earlier this month before both teams were knocked out of the Champions League by RB Leipzig and Bayern Munich respectively.
It is believed Barca suggested the swap as they look to reduce their wage bill, with Griezmann reportedly earning five times as much as Felix.
But the Rojiblancos, who are unwilling to let the Portugal teenager go, immediately turned down the idea.
Barcelona, however, claims it was Atletico who proposed a return for Griezmann, in exchange for other players not including Felix, and they rejected the offer.
Griezmann announced that he was leaving the Wanda Metropolitano in May last year. Two months later, Barcelona paid his €120m buyout clause, in what eventually was an acrimonious exit.