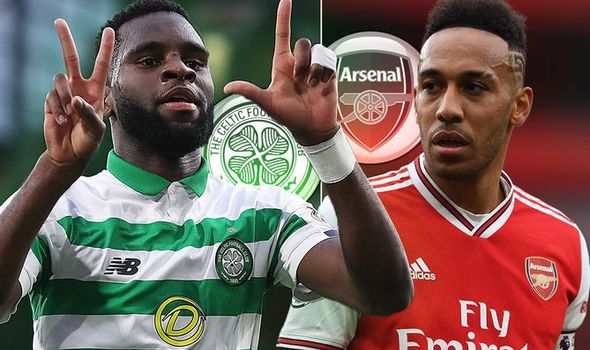 Arsenal are considering a summer move for former PSG and current Celtic forward Odsonne Edouard as they aim to build ahead of next season. Gunners boss Mikel Arteta wants to add to his frontline regardless of what the future holds for Pierre-Emerick Aubameyang.
And Hoops hitman Edouard is in his sights, having scored 61 goals in 125 appearances since his arrival from Paris Saint-Germain in 2018. The 22-year-old — capped six times by France at Under-21 level — has scored 27 times this season, and helped Celtic to move 13 points clear ahead of closest rivals Celtic at the top of the table before the season was suspended due to the coronavirus crisis.
Leicester and Everton have also run checks on the £30million-rated youngster, and the Gunners could be set to take part in a transfer tug-of-war. In a recent interview with Virgin Media Sport , however, Edouard did not appear to be in any hurry to move on from Celtic, and spoke of how much he was enjoying his time in Scotland.