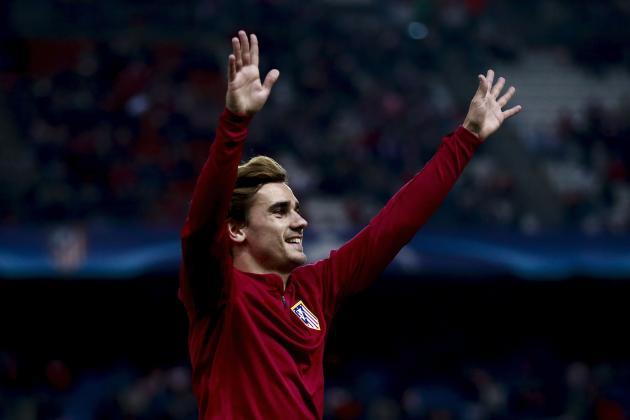 Antonie Griezman will NOT be joining Arsenal - despite France team-mate Laurent Koscielny pestering him to make the move. Griezmann was in stunning form for Atletico Madrid and France last season, and it recently saw him finish third, behind Cristiano Ronaldo and Lionel Messi, in the 2016 Ballon d'Or award. It has led to the forward being linked with a big-money move to England, with both Arsenal and Manchester United huge admirers of the 25-year-old. However Griezmann has now revealed he won't be making the journey to north London, even though Gunners star Koscielny has repeatedly urged him to.

"For Arsenal, he [Koscielny] speaks to me about them often," Griezmann told France Football. "But I feel good at Madrid. I do not want to leave. I feel calm here. The little one [his baby daughter] has just arrived, I am playing matches, I feel good. "Sorry, I am going to stay. But Arsenal is a wonderful team. They play great with the ball."