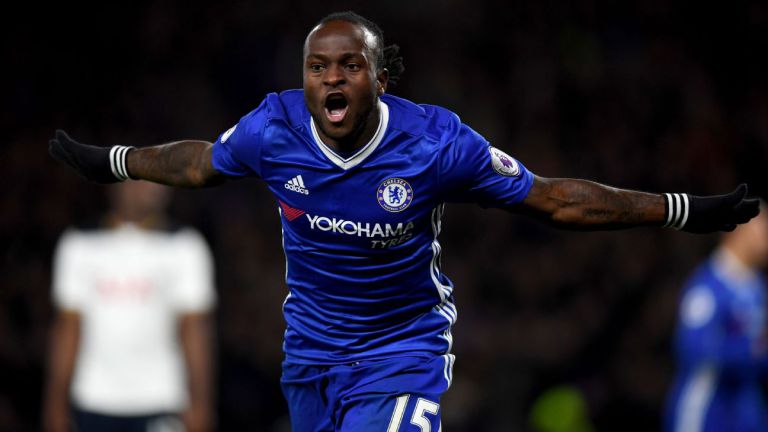 The Dream Team's preparation has been beset by complications, but do they have enough for history to repeat itself?
When Italian referee Pierluigi Collina blew the final whistle in the Sanford Stadium, Georgia, Nigeria's name touched every single footballing nation in the world.
Sunday Oliseh captured the moment like this:  "I guarantee you that as I talk to you now, everyone in Africa is celebrating.
“There is no sleeping tonight,” he said, as reported by Fifa. “Everyone will be happy. This is for all the African countries."
The victory was unique in several ways.
The Dream Team had defied the bookies by defeating a star-laden Brazilian side in the semi finals before Emmanuel Amunike beat Argentine goalkeeper Pablo Cavallero from point-blank range to secure the gold medal for the Africans in the final.
It also marked the first time a non-European or South American team would win the Men's Football gold at the Olympics (Cameroon later won the next edition's gold in Sydney).
Interestingly, as the Rio 2016 Olympic Games begin, it has been twenty years since the Dream Team's epochal display in Atlanta.
Between then and now, the Olympic Eagles have participated in the games in 2000 (Sydney), 2004 (Athens) and 2008 (Beijing), where a Lionel Messi-inspired Argentina snatched a one goal victory to defeat them in the final match.
As part of their preparations for the Games, Samson Siasia’s boys failed to impress at the Suwon invitational, dampening expectations ahead of their sojourn to Rio
Even Siasia lamented the below-par performance of the team, as they conceded eight goals, scoring five.
"We know from this four-nation tournament that we are not really ready yet,” said the coach. “It was an eye opener for us to see the players we have and their ability to perform on a high level like the Olympics".
It’s a stark contrast to 2008, when the U-23 side won the maiden edition of the Intercontinental Cup in Malaysia, beating several teams headed for the Olympics.
There have also been complaints of poor funding, which have affected morale and undermined Nigeria’s hopes of making an impact in Brazil, while the team’s late arrival will sure have a big impact on the player’s ability to prepare effectively.
Siasia, lamenting the financial situation, said: “I have said enough about poor financial support because nothing good will come out of all this talk.
“No need to talk about it any more because it will never change, we will continue to suffer till the Olympics are over."
The makeup of the squad has also drawn some controversy and has prompted some schisms within the Nigerian footballing community if not within the camp itself.
Aside from regulars like forward Oghenekaro Etebo and defender Azubuike Okechukwu, the coach has called up Chelsea midfield enforcer John Mikel Obi and Super Eagles backup stopper Daniel Akpeyi to beef up the squad.
The former, who did not feature in Beijing 2008 due to club commitments, is expected to captain the team and provide cover for a defence which could certainly do with increased protection.
Emerging defence stalwart William Troost-Ekong has been given a nod but notable absentees include Manchester City's wonderkid Kelechi Iheanacho, Chinedu Nwakali, Taiwo Awoniyi and teenage sensation Victor Osimhen.
While some elements remain discontent with Siasia, the manager will surely be motivated by the opportunity to exorcise the demons of two failed attempts at African Nations Cup qualification and the Beijing final eight years ago.
However, the coach has a fine record at youth level—taking Nigeria to the final of the U-20 World Cup in 2005 and taking the U-20s to the World Cup in 2009—and will be expected to work similar wonders with the current crop.
At a glance, the controversy and the upheaval surrounding the team looks set to severely undermine the national side’s hope of glory, however, if Siasia can work his magic at this level, and if Mikel can provide a measure of stability in the heart of the park, Nigeria could yet revive the dreams of that summer of 1996.